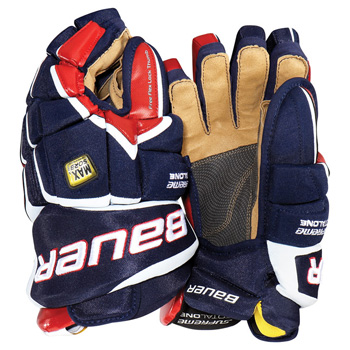 Would you look at that? A case of insomnia on a Saturday night and three middle-of-the-night posts later, I’m all caught up!

Unlike last month (reported just minutes ago), this is a number that I can live with.

Okay, so there are 6 lines that need some backstory…

The clothing expenditure might have you thinking that I’ve got a high-end wardrobe but don’t be fooled. I’ve bet over 80% was spending on toddler clothing. I’m a shorts and t-shirt type of guy at this time of the year. And we’re not talking about those $40 t-shirts either…

I signed on with a men’s hockey team. It’s kinda bush league but it’s a lot of fun and great exercise too. For those keeping stats at home, so far this season, I’ve got one goal, two assists, and two penalty minutes for a slash that I swear I did not commit.

Baseball jersey? Huh? Yeah, I know, I usually spend too much on hockey jerseys… Well, game worn baseball jerseys are a lot cheaper than hockey ones. Hard to believe, I know… Anyway, this is just something for me to wear to the one or two baseball games that I attend each season, you know, to try and fit in and look like I actually like the sport…which I don’t.

Yeah, after spending a couple hundred dollars at LensCrafters on a pair of glasses that I hate so much that I refuse to wear, I took the online route and bought a pair that I actually will wear out in public. Awesome, awesome, awesome deal considering I’ll probably be rocking these $25 glasses (including shipping) until 2017.

A thumb brace? Yeah, in my first hockey game since…probably 2006, I bent my left thumb all the way backwards when my stick got caught up in between another player and the boards. How that’s possible is a bit of a mystery as if you’ve ever worn hockey gloves, you know the thumb in pretty rigid. Anyway, it hurt, and still hurts, so for every game since, I’ve been playing with a totally immobilized thumb — in a thumb brace under my glove. For the record, this was a rip-off when compared to the glasses…

I never thought I’d ever purchase something from iTunes as I’m internet savvy enough to find any song for free on the internet (go ahead, judge me…) or just listen to it once on YouTube or whatever, but Duncan’s finally showing interest in popular music so rather than waste time searching for Karmin, One Direction, or Carly Rae Jepsen mp3’s, I wasted a couple bucks buying them. Time is money, afterall, and I like to think my time is worth more than I paid for ’em…

Even a Soft-Cap Spending Limit can Pay Off