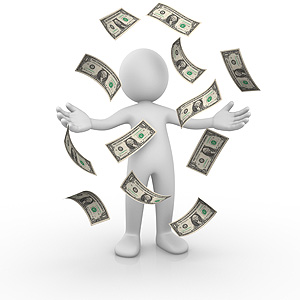 The point of having money is, from time to time, to spend it.

Not that I was ever that great at saving money anyway but I’m about to spend pretty much all that I currently have…and then some.

History has shown that debt repayment is one of the financial tasks at which I excel. And I’m gonna try my hand at it again.

Like a lot of other authors in this genre, I too have a negative connotation towards debt.

No question, being saddled with debt puts a lot of unnecessary weight on your shoulders.

At the same time, though, as long as it’s not debt being carried for the stupidest of reasons (like an airplane, or a BMW, or dirty polyester), I’m perfectly okay with it.

Kind of like how a lot of people call their mortgage “good debt”. I guess I’d fall into that line of thinking too, though, I still have a tendancy to pay that down like the dickens when I can…

Anyway, like all of my recent big ticket purchases, this one is another home renovation.

Unlike the previous runs, I want to get my finances more in order. I mean, it’s not that they weren’t in order for the last one…

I had over $10k in a savings accounts ready to go but… then the estimate came in double what I’d been hoping for and then by the end of the project’s completion it ended up a full additional $10k more on top of it all.

That said, we made it work.

And we had it paid for in roughly two years — hardly crippling. I don’t regret it.

This time, while I don’t plan on having the resources to pay for it all upfront in cash, I want to, at the very least, have the final bill fall close to where I expect it to.

We’re not talking about hoping it’s $20k but kind of expecting $30k and then coming to learn it’s actually more like $40k.

I don’t want that to happen. Not again.

I also don’t want the cost to “limit” my expectations.

Yeah, there are a couple coulda-shoulda regrets about the interior renovation in 2010…but we chickened out because we saw the price tag going up, up, up, and then up some more. 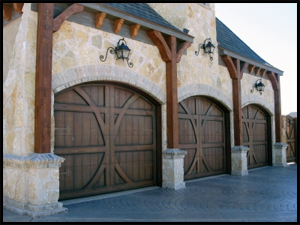 I’m not a contractor but here’s what I’m “anticipating”:

So how much do I have right now, you know, to get the process rolling?

Yeah… Not very much.

But here’s the thing… We’re still a few months away from breaking ground (and this is a pretty concrete goal) so time is on my side.

By early Spring (and barring anything crazy), I should have close to $15k saved up. That’s 20 percent.

Yes, I’m aware that that’s NOTHING.

But here’s the “payment” plan…

Demolition and site prep will go on a low interest rate credit card. No clue who we’ll use for demolition (I’d love to do it myself over the span of a few but I’d probably hurt myself). We might even get lucky and the landscape company that we’ve used in the past for tree removal and leaf pick-up will do it. As far as I know, they have all of the equipment necessary and, really, what team of guys wouldn’t really, really enjoy knocking over a building…

The project would be underway and we’d still have $15k in cash on hand.

For the foundation, I’d do a low interest cash advance from a different credit card for $10-$15k… This would pay for the new foundation in pull and also give us some “slush” money to play with should anything go over budget.

Next week we’re planning on meeting with the builder — it’s a modular custom pre-built elsewhere and assembled on site but a bunch of amish dudes type of place — where I’ll get some more solid details but it appears pretty standard for them to want 1/3 down and you can finance the rest.

The wildcard here is the interest rate. I don’t really know what to expect but it had better be under 10%. If it isn’t, I’ll have to do some long and hard thinking depending on what my minimum loan payment turns out to be.

Once the building is up and good to go, I’ll bring in the electrician that we used when we re-wired the main house and make it “functional”. Lightings, garage door openers, you know, that sort of thing.

Technically, a new driveway and landscaping are “finishing touches” that don’t really need to be done right away so if I’m feeling in over my head, I’ll just give the $8000 that are left right back to the credit card company I took it from.

That scenario would mean I’d finish with $16000 in credit card debt, a $31000 construction loan, empty pockets, and a brand new and totally functional 1728 square foot outbuilding.

Otherwise, I’ll just blow the whole load on a new driveway, some landscaping, and any other bells and whistles that the money will allow.

If my monthly loan and credit card payments exceed $800 per month, I’ll have to put the project on hold.

Q: Hey Brainy, why are you only building a three car garage when you have four cars?
A: By the time this all comes to fruition, we won’t have a fouth car anymore. Whether we sell one outright or do a two-for-one trade-in is still to be determined but we’ll most definitely be down to three cars once this thing is up.

Q: Why not make it a little smaller to cut the cost down when a 20×30 would suffice for a 3 car garage?
A: Two reasons. First, a 2011 Toyota Sienna Minivan is nearly 18 feet long. We don’t have one of those but, even still, that’s tight. Our current 20×20 garage fit two cars, snuggly, and little else (which is why there’s only one (very small) car in it…). That won’t do.

Secondly, I’m only doing this once. If there’s one thing I’ve learned from past projects it’s that you should overextend as far as your comfortable with. I will never regret having an extra 264 square feet on two floors when the added cost isn’t really substantial to do so.

Q: Two floors? Really? Do you need a second floor? Chop it down to just a garage to keep things under budget….
A: The answer here is essentially the same. Sure, a three car garage will add value to my house all on it’s own. An additional 864 square feet of storage space (and possible even living space) adds a whole lot *more* value for, again, somewhat minimal cost.

Q: Dude, just go all out and build a four car garage already…
A: I wish I could and I’ll even inquire about it but I’m pretty sure zoning will give me the big NO if I try to get a variance to go that big.

Q: Is you garage really that bad? Juest deal with it…
A: Yes. I’m not making this stuff up. It is in a state of decay but I’ll take pictures to prove it. Upnon viewing them, you might even set-up a “Rebuild Brainy’s Garage” fund just to make it disappear.

Q: Wouldn’t it be smarter to revamp your 1940’s style kitchen?
A: Hell no! It’s vintage! You can’t buy that kind of authenticity.

Actually, the garage has risen to the top of our priority list as it’s about to fall over, it’s an eyesore, and we hate it. The kitchen, while an eyesore and something we hate, is still functional.