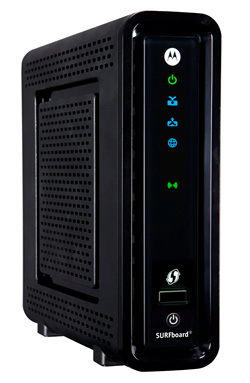 I know it’s November and I know I only made one post in all of October but here’s my spenging report for…September. Sigh…

Most of it is what it is but categories that stand out to me as different-from-the-norm are the clothing, the hockey registration, the gifts, the cell phone, and the maintenance fee.

Business expenses were a bit high too mostly due to the fact that my internet provider suddenly decided to stop talking to my perfectly functional cable modem.

Their solution was for me to “buy a new one” which I reluctantly did. That’s it in the picture.

Sure it “fixed” the problem that was 100% on their end. Then they started to charge me as if I were renting it, then they screwed up my bill some more when crediting me, then they spelled my name wrong so they couldn’t access my account, and the hole got deeper and deeper…

Whatever — I’d gotten over it until writing these last few paragraphs.

The clothing was mostly for the kids — they’re both at an in-between size right now and hand-me-downs for the younger one aren’t lining up with the season just right.

The hockey registration is the fee I need to pay to play. I should probably just retire but it’s pretty much the only real exercise I get and for that reason, it’s worth it.

The gifts were birthday presents that arrived too late so I’ll categorize them as super early Christmas expenditures.

The cell phone bill only comes along four times a year. How much are you paying for cell service? I pay $85.08…PER YEAR.

And the banking maintenance fee really makes me angry. In short, I went 14 cents under the $1500 minimum required (for less than 12 hours) in whatever variation of checking account I’ve been rolled into by Bank of America. Jerks.