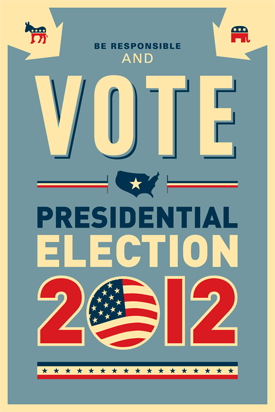 I do my best not to get too political on here but it’s hard to deny that there’s a pretty important election coming up this week.

From the top all the way down to the local candidates, everyone seems to be stuck on the topic of jobs and the economy… as if a local town councillor has any power on the subject.

And, frankly, I’m not sure the President has much *real* say either…

What I do find hilarious is that every debate I’ve watched (outside of the foreign policy themed one), whether it’s Obama and Romney or just two local folks running for a State House seat, they all meander right back to jobs.

And during their prepared remarks on those government propelled manufacturing jobs they always ramble on about the need for skilled workers and university degrees.

Don’t get me wrong, many manufacturing jobs require skill but I don’t know too many machinists, tool & die makers, or assembly folks with university degrees.

The two do NOT go hand in hand.

Manufacturing jobs, by definition, are for “unskilled” workers.

Again, calling them unskilled isn’t really fair… The carpenter that fabricated the window frames during our remodel a couple of years ago has some serious skill.

But it’s certainly not a skill he picked up over four years at Harvard. Had he gone that route, I’m pretty sure he wouldn’t be a home improvement specialist.

Point is, an over-educated workforce doesn’t lead to more high paying jobs across the country.

It leads to an overqualified workforce where a vast number are perpetually dissatisfied with their current occupation while continuing the current trend we’re on with a complete lack of folks willing to do the “real” hands-on work.

How many university graduates out there want to drive a forklift around a warehouse?

It would be kinda cool to try.

How about for 50 hours per week? Um, no thanks…

But we need people willing to do that sort of thing. Lots of people.

Again, there’s a reason there isn’t as much manufacturing going on in this country — it’s like the illegal migrant worker issue — we don’t have the workers available to do some of the jobs… and a big reason is because we all think we’ve got delicate hands and some “mad skillz” worthy of top dollar…

China has had a big target on it during the campaigning. China this and China that. I think a lot of it has to do with jealousy but, the fact is, they’ve got a larger workforce of those “unskilled” workers to man the plants, inject the plastic, pick the berries, and shine the sprockets.

It’s not an education thing. It’s not a government thing. It’s an attitude thing. It’s our own fault that we’re not competitive. And that has resulted in a loss of jobs.

I don’t really care who wins on Tuesday — though, locally, I hope Linda McMahon does not.

I can’t vote anyway (I’m Canadian), but it’s troubling to know that the one issue everyone seems so concerned about is something that the government has essentially zero control over.

Handing out more student loans (resulting in fewer people willing to fill the jobs we’re apparently trying to bring back) and creating more high paying “government-funded” jobs will just dig the country into an even bigger hole than it’s already in.

That said, everyone knows that what the candidates say during a campaign won’t actually happen anyway so… it’s all good.

Kick off to the Savings Season