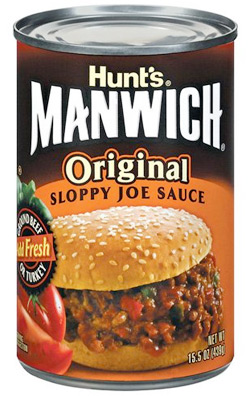 Wow… Six years is both a long time and, well, at the same time, it doesn’t really feel like that much time has passed.

There haven’t been a lot of things in my life that I’ve stuck with for that long though, you know, without finding something new or different to replace it.

My favorite food in the world has been Manwich for the past 27 years — at this point, that’ll probably never change. The hockey jersey thing has been going for 18 years now. The photography hobby/job is about to hit a decade. I’ve been married for almost 7 years. The kids are still fun and exciting but, compared to the site, they’re still relatively new.

No, I won’t lose interest in them… C’mon…

But things that pretty much defined my personality that I’ve totally lost interest in are yo-yo’s, Burger King, argyle socks, video games, the Simpsons (proably been a decade since I watched a “new” episode), running, camping, khaki pants, shaving, “current” music, real haircuts, taking the stairs, swimming, web design, and any sort of manual labor.

Sure, age might be partially to blame but if you’d told me 15 years ago that I’d end up abandoning my $40 haircut, argyle socks, and the Whopper for lunch everyday, I’d have thought you were crazy.

Anyway, I remember the morning I decided I’d start doing this and typed out that very first post like it was, well, just a couple of weeks ago.

Every other post since then? Well, not so much…

Now, everybody knows that I prefer to chop things into weeks (rather than months or even years) and six years is 312 weeks.

Right now, I’m stashing away $110 each week for property taxes, $16 each week to cover my homeowners insurance premium, and $250 per week for just, well, whatever I fancy.

If I’d been doing that all along (and never had to take it out to cover the property taxes, homeowners insurance, and, uh, whatever — totally hypothetical, I know), I’d have stashed away $117,312. And earned plenty of interest along the way too.

Time is your friend.