CLOSE
Home Finance Official Member of the One Percent 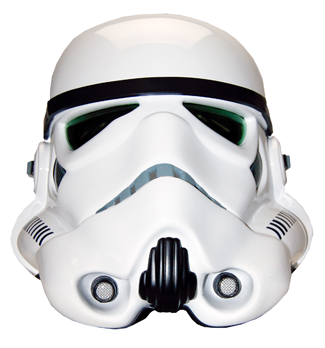 So, as expected, last night we bought a Swagger Wagon.

Nothing notable about the experience from my perspective but people at work were horrified when I mentioned that we hadn’t even taken it for a test drive.

In a nut shell, we emailed the guy who sold us the Scion in 2005 and completed the entire transaction via email.

Last night was just to sign a few forms, drop off the Land Rover, and pick up the Swagger Wagon which, until last night, we’d only seen in pictures.

Whole thing took an hour — 25 minutes of which were spent waiting around while the finance folks finished up with other (slower) customers.

It was a darn near perfect transaction and just the way I like it.

No negotiations over floor mats, no back and forth over price, no closed door visits to the manager, no pointless test drive (more on that inna sec), and no sleazy sales pitches — though the finance guy did talk up a number of “warranty” offers which we obviously declined. Thankfully, he wasn’t pushy.

Once we had the keys, there weren’t demos on how to move the seats around or turn on the radio or use the keyless entry as if the entire concept of operating an automobile was foreign to me.

I’m not an idiot.

Apparently a lot of folks are, though… Really, the family next to us was getting schooled on stuff like power windows, glove compartments, where the turn signal was located, and which corresponding lights would light up.

“This is called the brake pedal. When you push it down with your foot, the red lights on the back turn on!”

Seriously, power windows have been around for 30 years. If you don’t know how they work, well, I’m not sure you should be allowed to buy or operate a car.

In fact, when I first saw it 5 minutes before owning it, I wasn’t real keen on the colour. It wasn’t exactly what I expected or how it looked in the picture online but that certainly wasn’t a deal breaker.

And a test drive? They offered, of course, but we turned them down. Complete waste of time, in my opinion, when you’re buying from a major dealership.

As you’ve probably guessed, I can’t be sold a car. I know what I want.

If I were to go in thinking that I wanted a Nissan and they had me test drive a Honda, a Toyota, a Volkswagen, and a Subaru all of roughly the same value, guess what? Regardless of the “ride”, I’d still be purchasing a Nissan.

If they had a green Nissan and a white Nissan of the same model, I wouldn’t take both out for a test drive to see which “felt” better. White cars look like storm troopers to me — I’ll take the green, thanks.

(Side note — I’ve driven Nissan rental cars twice in the past — a Sentra and an Altima — and can confidently say that I’ll never purchase a Nissan.)

So driving around the block in a bunch of different cars, to me, is an utter waste of time. I wanted a Toyota Sienna. It couldn’t be white. It couldn’t be red. Oh, you have a blue one? I’ll take it.

If it craps out on the ride home or even next week, I’ll be back. Big dealerships aren’t in the business of screwing people on the sales end of things.

Now, if I were purchasing from a small used car lot or a private party, well, that’s a different story. The Land Rover came from a small business — guess how many cars I took out for a test drive that time?

Yep, one. The one I purchased the next day.

The entire “idea” of the iconic car salesman and purchase process is very old fashioned to me. No one can tell me what I want — I’ve done the research and I already know.

Now, for the one percent thing referenced in the title of this post…

During the finance portion of the evening, the guy ran our credit scores and, I feel, went of of his way to mention that we have great credit.

I’m not certain what that means since the last time I looked into stuff like this the highest a score could go was 850 but whatever… Different scale, I guess…

But underneath the score, where the “explanation” was, it said that my credit was better than 99% of the population so I now officially consider myself among the one percent and will shake my fist defiantly/triumphantly at the Occupy Wall Street welfare camp that I think might still exist in tatters in downtown Hartford as I drive by in my Swagger Wagon.

(If you’re under 25, that’s just another Star Wars reference…)

Yet Another Automatic Insurance Payment for Coverage I Don’t Need