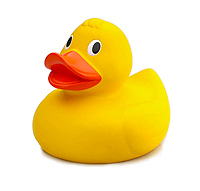 So, even before we’ve got all of our ducks in a row, TD Bank has revised their offer from the original offer.

I know this would happen as even the hard copy printed estimate numbers are just barely more that the teaser offers they openly advertise.

I remember when I leased a VW Jetta back in 1997. I was in the dealership with my dad and I was getting ready to sign the lease when we looked at the bottom line. My payment would be $251 per month.

Confused, we pointed to the poster on the wall — with numbers 3 feet tall — that said that VW Jetta’s were $199/month. I still see car ads that hawk numbers like that… No clue how they get away with it — it’s never true.

Anyway, back then, we met half way between their advertised number and their offered number.

Today, for the home equity loan, they said the appraisal on my house came in lower than what I said it would. I kinda figured that would happen but no harm in aiming high, right?

Now I didn’t go all out and lie about what I think my home is worth. In fact, I used the Zillow zestimate which generously lists my house as the most expensive on my street. And this is BEFORE the garage is built!!!

In reality, as far as I can tell, Zillow is boosting the value of my home (in comparison to the others on the street) based on square footage and lot size.

My house isn’t the biggest — maybe 3rd largest — but it’s on the biggest lot. To them, that’s worth as much as a renovated kitchen — which I don’t have but most of the other homes on the street probably do.

No worries — the garage addition will still not price my home outside the rest of the neighborhood. Sure, my house will take the crown, officially, as the best on the street but it certainly will NOT look grossly out of place compared to the others.

So the amount I’m borrowing ($70k) is the same, the term (15 years) is the same, but they jacked the interest rate by about a half percent.