CLOSE
Home Life Popularity of Soccer in the USA 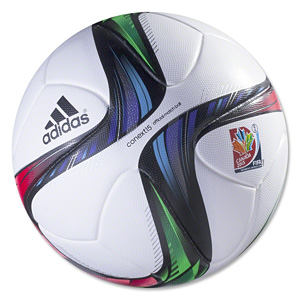 With the Women’s World Cup soon approaching, I found myself talking to a co-worker about soccer.

Naturally, since I’m from Canada, I’m hoping that Canada (the host nation) wins it all (unlikely) but my co-worker, well, let’s just say he doesn’t give a crap since it’s soccer… and women’s soccer, at that.

Sometimes I wonder why I even bother talking to this guy…

Anyway, he claims that soccer isn’t popular in the United States because it’s not only boring but you can’t bet on it either — as if the gambling industry was what kept American sports leagues afloat.

Without even bringing up golf, I countered that baseball is, indeed, far more boring and that I find it very sad that he thinks gambling is of that much importance.

He then brought up the popularity of fantasy leagues — which are essentially a form of gambling — for the big sports in the US and how soccer just couldn’t do that.

Offering my own opinion, I said that, clearly, baseball and football are soooooo dull that “fans” these days have to make up pretend teams and scoring systems to hold their interest.

Societally, that’s even sadder than the gambling aspect, really.

The lack of scoring was also brought up — amid another gambling reference, “How can you bet the spread when the games are always zero to zero?”

I pointed out that in any given basketball game, the teams score over 100 times total?! ONE HUNDRED?!

I’m sorry, while I love to point out to people that the game of basketball was invented by a Canadian and that the first NBA game was even played in Toronto (seriously), seeing the same thing happen over 100 times in the span of a 48 minute game gets a little, well, boring.

And, proving that I’m right and he’s a knuckle dragger with a bit of a gambling problem, nearly the entire world plays soccer.

Sure, they might want to put an NFL team in London but, c’mon, it’ll never fly.

It’s a slow and boring game.