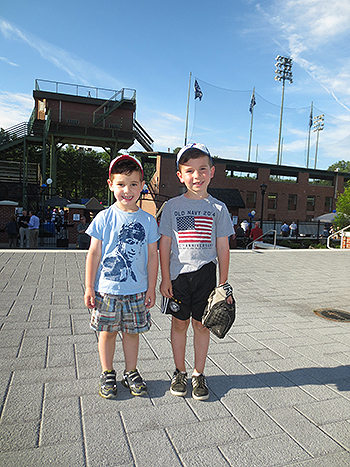 So tonight I brought my two oldest sons to the inaugural game for a new “futures league” baseball team.

Yeah, I’m not sure what that means either…

I guess it’s like summer camp for college baseball players or something.

Babe Ruth’s grand daughter threw the first pitch which was pretty neat and, for real, she actually looks a lot like Babe Ruth.

Whatever, we only lasted a couple of innings before, well, boredom sunk in… and then we left.

(We took the picture after we’d left the stadium…which is why they’re smiling!)

My feeling for a long time has been that it’s already apparent that baseball is dying. It’s something you go to see with your grandfather — an old man’s game of sorts.

My grandfather died in the 1980’s so, thankfully, I was spared the agony of sitting on some uncomfortable bleachers in the hot sun when short shorts were still in style.

Pretty sure he wasn’t a baseball fan anyway. I’m also pretty sure he hated kids. Or maybe it just seemed that way.

Anyway, I grew up playing soccer as a kid — see the picture — as I’m pretty certain that a majority of those Generation X’ers still under 40, like me, did too. 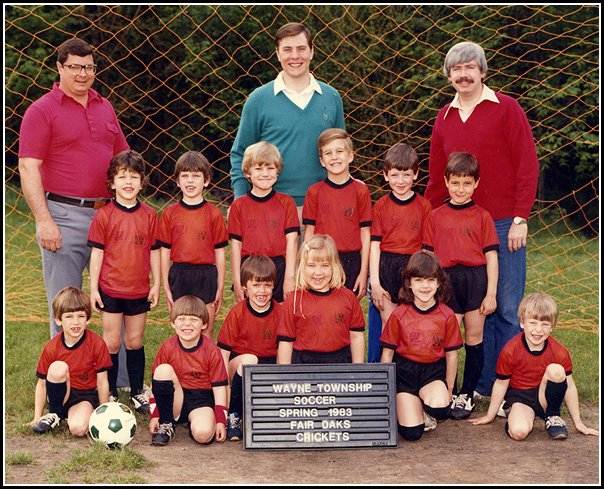 The Generation Y kids? Same deal — it’s really no wonder that US Soccer has gotten exponentially better in the past 30 years. It’s why the US women nearly dominate.

Soccer is here. Soccer is big. And soccer is going to get even bigger…

The under-40 crowd gets it.

And speaking of worldwide competitions, young Americans have grown to enjoy cheering on the underdog — like they did last year for the men’s National Team in Brazil — something they’ve rarely had to do since, for the most part, American athletes have historically excelled at games very few other countries even participate in. 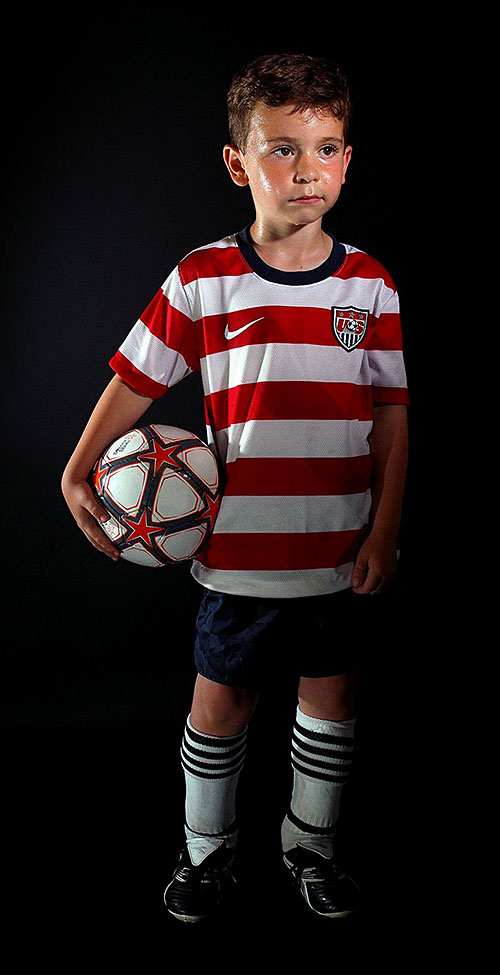 It’s pretty cool to “beat” a team you shouldn’t be able to. Way more fun than leading the medal count at the Olympics…again.

And just observing my own kids and, granted, they’re my kids and share most of my interests, but still… during last year’s World Cup in Brazil, my then 3 and 5-year old sons sat still and quietly (a very, very uncommon occurrence), transfixed to the television watching Germany wipe the floor with Brazil in the semi-finals (on the Spanish channel) and then again when they disposed of Lionel Messi and Argentina to win the World Cup.

All of this before either of them had played a single game of organized soccer themselves.

Clearly, there’s something about soccer that Americans have been blind to for too long. It IS the world’s game.

Now, if only there were some way to financially “invest” in soccer. Sadly, the MLS is a private company.

Among sports, while it’s already grown immensely, it’s going to get a lot BIGGER in the next 20 years.

For reference, here are photos of my oldest at a baseball game and a basketball game.

Yep, clearly miserable experiences for him.

And you know what else is great about soccer? Anyone can play it.

I know I said earlier that one of the great things about the game is that talent can be drawn from the entire planet but soccer takes it to a higher level than any other sport (and most industries too).

It’s not like basketball or football where it’s essential that you’re blessed with having a certain body type.

Really, you can top out at 5-foot-7 and weigh a paltry 130 pounds and earn in excess of $15 million dollars per year playing this game.

And if you’re 6-foot-5 and 220 pounds, that isn’t really disadvantageous either.

I mean, you think pro baseball players make a ton of money? Sydney Crosby, Aaron Rogers, or LeBron James, even?

Nope, when it comes to team sports, year-to-year, it’s a bunch of soccer players you’ve likely never even heard of that are making the most.

Cristiano Ronaldo pulls in over $52 million just to play.

Lionel Messi has a $48 million dollar contract…for this year alone. One season. The dude makes over $1.50 every single second. That’s over $130k per day… every day of the year.

That doesn’t include their lucrative shoe deals and all of the other stuff they endorse…world wide.

Now, you may have heard of those two (Messi and Ronaldo) but guys named Zlatan Ibrahimovic, Gareth Bale, Radamel Falcao, James Rodriguez, Sergio Aguero, and Luis Suarez all make more than anybody on the New York Yankees.