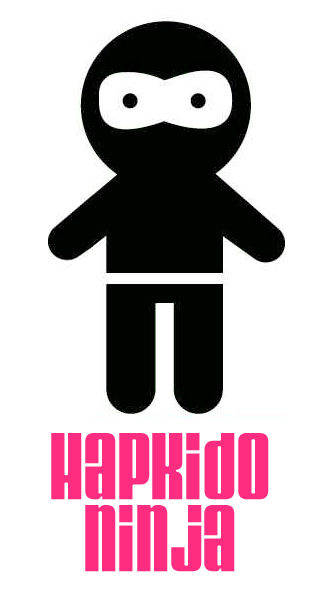 Building off of my earlier post about Johnny Lawrence, at the start of third grade, I began taking hapkido classes through the YMCA, you know, cause wearing a gi was suddenly the cool thing to do on Tuesday nights in the fall of 1984.

The town I lived in didn’t have a YMCA — and still doesn’t — so it was just a program put on by the closest (I’d assume) YMCA and was held in our middle school gym.

Actually, it was a smaller gym adjacent to the “real” gym. Maybe the size of a raquet ball court. Still neat for a third grader.

(By the time I reached middle school, I came to realize that the small gym was for the kids who barely participated in gym class — you know, the shorts over the sweatpants crowd — to “play”, um, games for the less skilled and coordinated. In reality, the small gym was NOT the place to be.)

Now, since it was a regional type of program, I didn’t know most of the kids in the room which, in a way, made it more exciting.

I mean, NONE of the kids from my school would know that I was training to be a ninja. That was kind of important.

You know the deal.

Didn’t see that coming, did ya?

So, in pretty short order, I went from a white belt to a yellow belt.

Then it was orange.

And then finally a green belt cause they’d run out of blue and puple ones or something. Hey, it was a low end YMCA program, cut them some slack.

But it was at this junction that I thought to myself, “Hey, how come I haven’t chopped someone in half yet?”

I looked at some of the older kids in the class, you know, with the darker belts that got to partipate in “tournaments” and it struck me…

Sure, we may have chopped a couple of boards in half (that I’m convinced were already compromised before they even entered the room — the “Don’t Try this at Home” warning was proof of that) but, truthfully, I’d learned little more than to slap my forearm on the ground whenever I was knocked down.

Oh, and how to tie all the little ties inside a gi jacket.

So, with that, my dream of becoming a ninja flickered out.

Well, until I saw that commerical the other night.