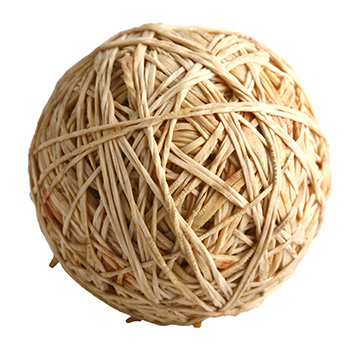 I’ve never supported the concept of working from home.

I mean, I hold a position where telecommuting is totally do-able — there really isn’t anything that I physically need to be in the building for; it can all be done pretty much anywhere I have a keyboard, monitor (or three), and an internet connection.

I also consider myself responsible and trust-worthy enough not to claim I’m “working” from home when, in reality, I’m doing my weekly grocery shopping.

But I don’t think it’s a wise alternative for companies to be offering — even for me.

In theory, yes, besides making an awesome rubber band ball, I could do pretty much everything required at my job from my PC at home while wearing pajamas.

But would it be efficient?

I can’t tell you how many times I’ve “solved” or “side-stepped” an issue of my own or others as a result of overhearing someone in the office.

If everyone’s at home, there is undoubtedly limited communication and zero teamwork.

While that might be great for the individual in their pajama pants ‘working’, cough, cough, grocery shopping, it’s bad for business.

And, no, just having a phone with you doesn’t count as “working” unless your job solely consists of talking on the phone.

Ever tried to modify even the simplest of Excel spreadsheets on your phone? Yeah, good luck with that.

I guess my real stance is that attendance matters.

From the fourth grade on, I never missed a single day of school. Not one.

(Let’s not talk about third grade… It included a two week stint in the hospital for appendicitis, a week off for the chicken pox, and probably 10 other days of just general illness too.)

Now, I may have implied that education isn’t important numerous times on this site and I’m not going to argue any differently here.

Anyone can get an education. It just takes a little time and effort.

So, yeah, education helps in “life” but you know what else counts more?

Every office has that person that seems to habitually just not show up 3 or 4 times a month. Or that dude that comes in late, takes long lunches, or leaves super early EVERY SINGLE DAY. You know, that name that makes you roll your eyes?

Pretty frustrating when you need that person and they’re not there, you know, when they should be, right?

As it is, that happens a lot. Multiply the propensity by 100 if you’re talking about tele-commuters.

For real, drives me crazy when the “work from home” folks ask me if I saw the lady trip and fall on the Price is Right yesterday.

In fact, while I do enjoy the Price is Right, I haven’t seen an episode since 1996 when, well, I wasn’t working yet.

So, when looking at my son’s report card this past week (he just finished kindergarten), his attendance for the whole year is listed.

That’s right — 180 days of school and not a minute missed. 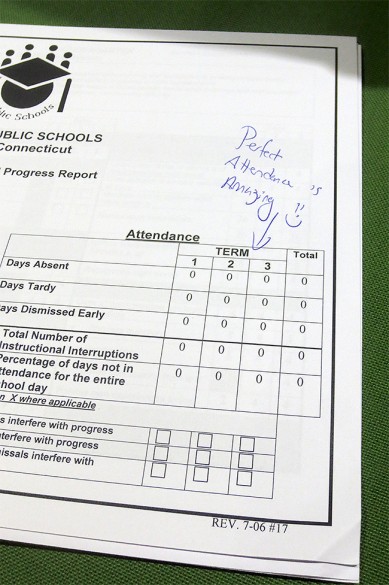 While I was never recognized in high school for never missing a day (they stopped acknowledging the feat years earlier as it had apparently turned into something so rare that the school administrators assumed(?) that it was no longer possible), I’ve always kinda wished I had been.

I know for a fact that I was the only one in my graduating class.

But, to my pleasant surprise, my son’s school principal (who reviews and signs all of the final report cards) acknowledged and even wrote a personal message recognizing his attendance record — calling it “amazing“.

Bit of a strong word if you ask me…

So, while I’m proud that my son is following my lead when it comes to “showing up”, I’ve also gained some comfort in knowing that things that seemingly go unnoticed aren’t *always* unrecognized.

Just “showing up” is a more valued asset than it’s given credit for. 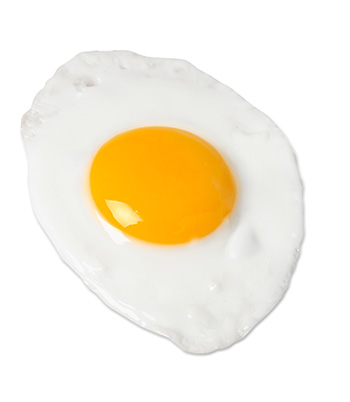 Egg on my Face

My streak continued in university too…and then in the workplace.

I’ve been at the same company for over 18 years and I’ve called out sick, very reluctantly, once. EVER.

And that was 15 years in…due to a vomiting spell that occurred precisely every 45 minutes.

Oddest and most predictable projectile vomit related illness I’ve ever had.

For real, I’d feel pretty much okay for around 40 minutes… and then puke my guts out for 5 minutes. Went on, like clockwork, for around 16 hours.

Embarrassingly, I hate to admit it now but…I “worked from home” that day.

Benefit to Losing an eBay Auction