CLOSE
Home Current Events Forgive My Ignorance; Save Their Innocence 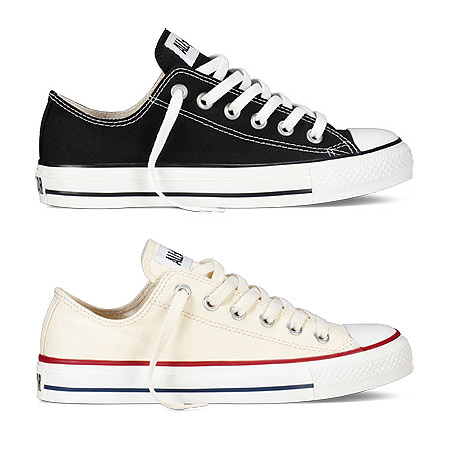 Sitting against the wall in the hallway waiting for class to start back in 1981, I often sat next to a kid named Ricky Shah who was really the first “friend” I made when I started kindergarten.

Alphabetically, I think we were unknowingly forced to sit next to one another, actually.

Ricky used to wear loafers to school which meant he could do these really awesome (and often inadvertant) slides on the pavement and in the hallways.

Aside from being the only kid from school to be invited to his birthday party, it’s the loafers that I remember best. The kid had style.

I haven’t seen him in over 30 years — he acknowledged he didn’t remember me at all on Facebook a few years back after an attempted friend request (denied) — but I’d bet he still wears some really nice shoes.

Though we’d never met prior, we lived in the same area so we rode on the same bus. As a result, the two of us arrived (and left) school at the same time…and we both had some idle time both before and after school.

So, sitting there, we’d compare the palms of our hands (things kids did in 1981, you know, before cell phones), which looked pretty darn similar, and then flip our hands over and both state the obvious… “You’re a different color than me.”

I was born in Canada in the 1970’s. Back then, it was comically called the Great White North by Bob and Doug McKenzie and it had absolutely nothing to do with skin color but, really, Canada was pretty white. I’m not sure I’d really EVER seen anyone that was a different color.

And that’s the thing, as a 5-year old, sitting there in the hallway, I didn’t think negatively or positively of Ricky (who happened to be of Indian descent…I think?). Didn’t phase me one way or the other.

I’d say the same held true for him — we were totally equal.

Different colours but, well, both wicked cool kindergartners living it up in the suburbs of Chicago.

I mention all of this because, three times, my oldest son Duncan (who just finished kindergarten in June) took out a book about Jackie Robinson from the library at school.

I know it’s 100% because of the picture on the cover cause, I mean, clearly, every book *can* be judged by it’s cover.

No question on that.

In this case, there’s a baseball player on the cover — a folk art style painting of what I could only assume is Jackie swinging the bat.

Now, Duncan takes a lot of pride in reading and, thankfully, so far, he kind of likes to show off his ability to read by reading outloud to either me, my wife, or one of his younger brothers.

I opened the book when he’d originally brought it home and the first page — before the title page even, shows an illustration of a sign on a chain link fence that reads boldly, “NO BLACKS ALLOWED”.

Um, yeah, we’re not going to read this book.

I already know what he’ll say… First, “What are blacks?” and secondly, “Why aren’t they allowed?”.

The first question, I have no problem answering.

“Blacks are the people that you say are brown.”

“You’re right, they’re not black. It’s kind of how you and me are called white even though we’re not really white. Get it?”

So even before getting to that second question, why blacks aren’t allowed on a baseball field, we’re already on a slipperly slope with “names” and “labels” for things that really don’t make a lot of sense.

If I had my way, I’d prefer to NEVER answer it because, in his view of the world, everyone would be allowed on any baseball field — including the blue people from Avatar, Mickey Mouse, RoboCop, Adam Levine, and all four Ninja Turtles.

Maybe that makes me an irresponsible parent?

I do know that, for sure, there isn’t a single cell of racism in his brain. Not one.

Teaching him that, not so long ago — and in some cases still to this day (thanks, South Carolina), black people were considered inferior would plant a seed for something I’m pretty sure no one really wants to grow.

You can’t change the past.

Not totally certain where I stand on all of this…

We shouldn’t forget the past, certainly, because we can learn from it…but by “over” referencing or teaching it, well, those same mistakes of the past just keep continuing…

The “every Muslim is a terrorist” paranoia is taught.

Stereotypes, while usually based on reality, in my opinion, are also taught.

Sorry Virginia drivers, you suck at driving. That’s a fact. (this post would not be complete without referencing a seven year old rant.)

But, seriously, the kids today probably shouldn’t be made aware of the horrible things that happened in the past. Not at age 5, anyway…

My kids talk to a woman with no hair — I don’t know if she’s sick or just chooses to wear it that way — but my kids don’t see or think of her any differently than someone with a full head of hair.

Just yesterday we ended up behind an old man using a walker — my middle son blurted out, “Hey, I want one of those!” within earshot. I’m pretty certain, he really does want a walker — tennis balls on the feet and everything.

And, yeah, they’ll gawk at the guy at the gas station that only has one leg or the midget at the grocery store but not as a cripple or something that should be harnessed up and tossed into a wrestling ring. It’s because they’re awesome to look at.

They don’t judge at all — people come in all shapes, sizes, colors, hairstyles, etc. and they’re totally fine with that — accepting it as “normal”.

Not even accepting it, that’s the way it is. Plain and simple.

I’d prefer to keep it that way for as long as I can…and hopefully a lot of parents out there do the same.

Maybe, then, when these guys are adults, everyone will be a lot more forgiving of things that were once, incorrectly, perceived.

I’ve Made $20k Less this Year but I Feel Great!