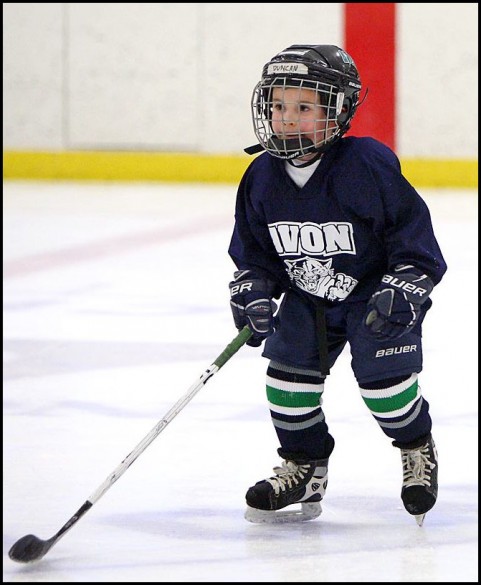 Duncan, my oldest, will be trying out for a travel hockey team this season at the Mite level.

There will be two teams, one A team for the best players and a lower B team as well.

In the case a player doesn’t “make” either team during the tryout process, they’re sent back to a development team where they never play any actual games or wear real uniforms.

That’s the level he “played” in last season and the season prior.

Mite teams are generally made up of 7 and 8 year olds so with Duncan being just 6 years old, it might be a stretch for him to make the cut.

Tryouts consist of skill evaluation in the areas of skating, passing and receiving, stick handling, shooting, play making, and stamina.

And then they’re also evaluated in scrimmages to determine positional play and competitiveness.

I’ve been trying to prepare him for the past few weeks — he’s never had to knowingly “prove” himself before and being so young, it’s one of those things where if he’s in the right frame of mind, he’ll do fine but if he’s not feeling it that day, he’ll look like, well, someone who has no business trying out in the first place.

Not much middle ground, really.

It just so happened that this past week at swimming lessons that his instructor didn’t get into the pool with them and instead stood at the edge with a clipboard in hand.

Amazed, Duncan very clearly knew *exactly* what was happening — he was being tested on his ability.

Henrik, my middle son, well, he had a case of the giggles and likely blew any opportunity to move up a level… (update — both boys moved up a level)

Afterwards, I told him that what he’d just done in the pool was just like a tryout and I think it set him more at ease.

Funny story, though totally unrelated, about “fear” when it comes to the unknown.

When I was 9 years old, I made a trip to the emergency room (that resulted in a two week hospital stay) and every time the doctors or nurses mentioned a getting a “stretcher”, I pictured in my head some sort of medieval torture device that I’d be strapped to and, well, stretched…

If someone would have just said, “Kid, it’s a cot on wheels…”, I’d have been a lot more relaxed. 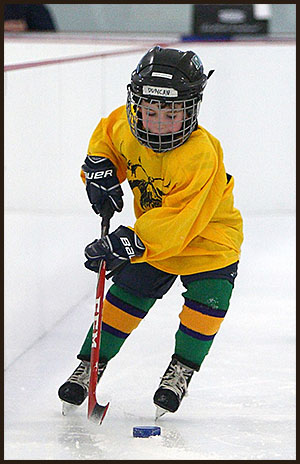 I’m not at all worried about his skating. He’s a little slow in my opinion but still a strong skater and able to stop in either direction meaning he doesn’t have a preferred side.

His passing is better than his receiving but I think that’s par for the course at this age. I mean, it’s a pretty rare occurrence to receive at clean pass at this age anyway.

His stick-handling isn’t elite but he can deke around people and still keep the puck under control.

Stick handling is one of those things, though, that once you start to lose control of the puck, things can fall apart in a hurry.

I’m hoping that he finds a good rhythm on whatever sort of drill they’ll use to evaluate this skill.

His shooting is, well, terrible and far and away is biggest weakness.

Due largely in part to the fact that he’s barely ever had to play in a game with a goalie and it was rarely practiced on the development team.

We’ve been working on it at home lately but it’s an uphill battle. Strength is lacking and I’m certainly not going to have my 6-year old pumping iron. 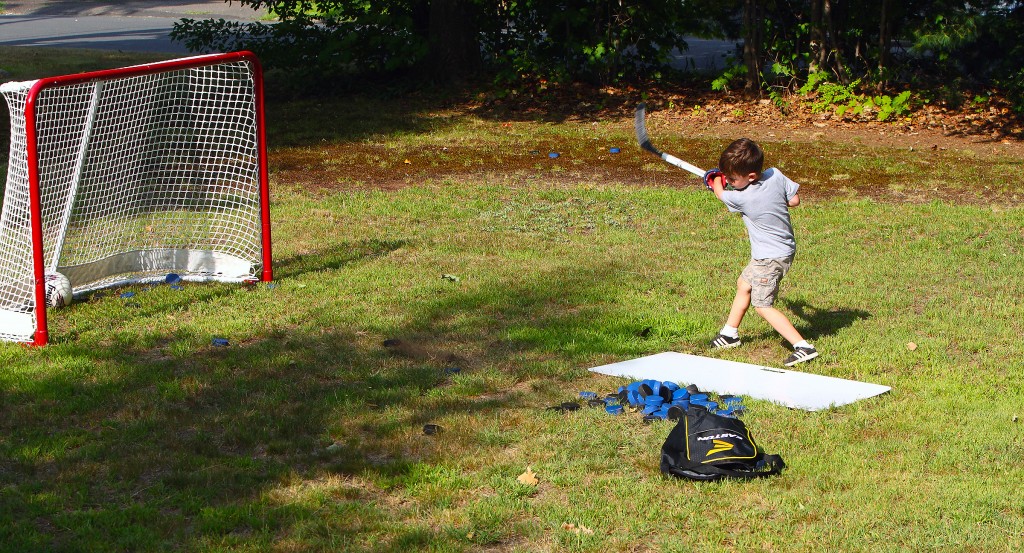 His playmaking, from what I’ve seen in the Spring league games he played with (way) older children, is top notch. He knows where to be and how to get open.

Doesn’t so much matter when the kids refuse to pass (a common problem for most sports at this age) but he does have “hockey sense” and I’m thankful for that since it’s something you can’t teach.

Either you get it or you don’t.

Stamina concerns me a little. Often times, during the final few minutes of practice, he slows down. A lot.

All of the kids do but he goes so far as to start slumping his shoulders and looking up at the ceiling. I mean, his play really drops off.

And that plays into his competitiveness as well.

While he is very competitive (with the vocabulary to back it up) and wants to win all of the time, when he doesn’t get his way, or his team falls far behind, or he gets stopped repeatedly, or no one ever passes to him when he’s wide open, he’ll sometimes give up opting to glide around watching mostly.

And, frustratingly, that’s also something that can’t be taught.

He knows what to do and where to be…just doesn’t have the fire to actually do it sometimes and that will likely be the difference between making the team and not.