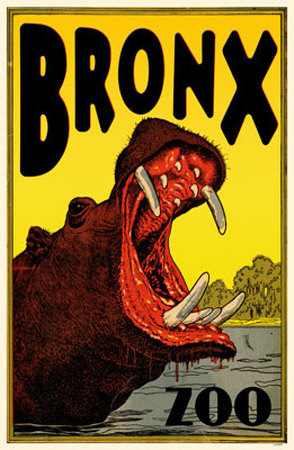 Tomorrow is Duncan‘s first birthday. Yep, an entire year has gone by since that sweaty palm countdown finally ended.

Since he’s become pretty aware of things around him, like birds, bumble bees, and the neighborhood cats, we thought it’d be a good idea to take him to the zoo for his birthday.

So, while researching how much this excursion would set us back (since we’re a wee bit tight on cash right now), we noticed that the Bronx Zoo has a “pay-what-you-like” promotion on Wednesdays!

How about that? Perfect timing for a birthday!

Now, I’m not going to say that we’re going to walk in without paying a dime (I’m sure they guilt you into some sort of donation, you know, to save the rainforest or something) but it will certainly save us a few bucks.

Even better — the weather is supposed to be nice and sunny! 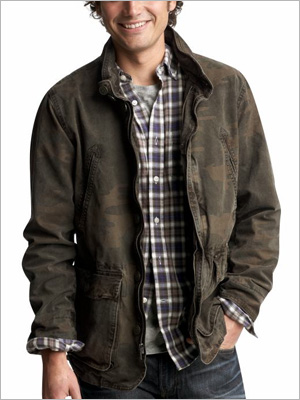 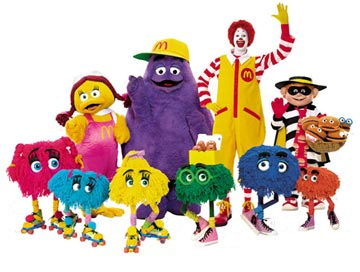 At one point in high school I was convinced that I could eat two McDonald’s hamburgers for every meal indefinitely.

Not to date myself too much but back then a McDonald’s hamburger was 59 cents. Two of them came to exactly $1.25 including Connecticut sales tax.

That meant that the quarter that I pocketed each weekday from the lunch money my mother gave me was enough to buy a late night weekend meal with my friends after an evening spent at the video game arcade.

Okay, if that doesn’t date me, I’m not sure what will…

Seriously, how did video arcades survive into the 1990’s?

Anyway, for a few years there in my twenties, I was starting to think that maybe my father might have been correct in avoiding McDonald’s like the plague during my childhood while repeating something along the lines of “Someday you’ll stop wanting to go there…”

So a few weeks ago, I had a craving for a McDonald’s hamburger… Wow — I’d venture to guess that I had my very first hamburger there in the late 1970’s and today, in 2010, they taste exactly the same.

There’s just, well, I don’t know what to call it, but there’s something about the texture of those bland and flavorless little onion bits and the piping hot pickle and the less than fresh bun that looks like it’s been stepped on.

So last weekend I introduced Duncan to McDonald’s:

…and avoids the cheeseburger. 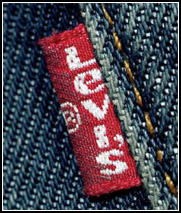 When your site’s name is “Pants in a can”, it’s only natural to talk about something relating to pants every now and then…

Last May, I talked about how I bought my pants on eBay.

Long story short, so you don’t need to click on the link, the GAP stopped offering the style of jeans that I’d been wearing for years and eBay came to the rescue — at a MAJOR discount. It was all good.

Now, though, it’s been nearly 3 years since the GAP offered my style… The result?

So, since I’m now in near desperate need of a few new pairs, I had to find something more practical — and because I’m not longer of the mind set that jeans need to cost big bucks to fit right (or perhaps I just don’t care any more), I went to Macy’s.

I used to pay more than that for one pair of jeans!?

So this morning we headed out on a daytrip to go and pick our pumpkin for 2009. We do this every year but this was the first time we’ve made the trip as a trio.

First we took a hay ride… 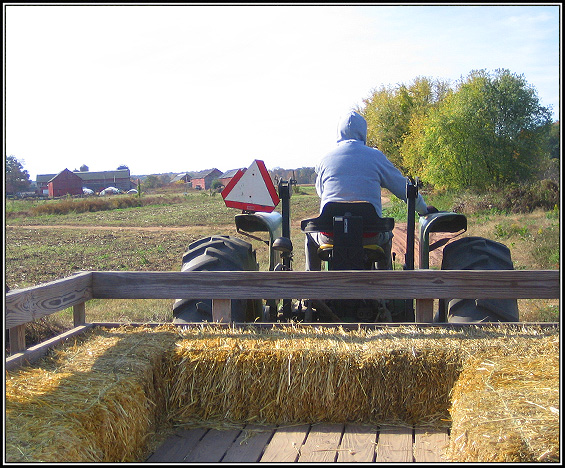 Then we roamed the fields… 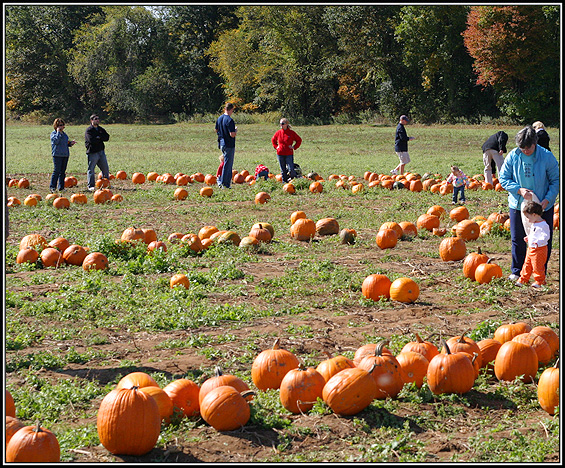 And then we found the great pumpkin! 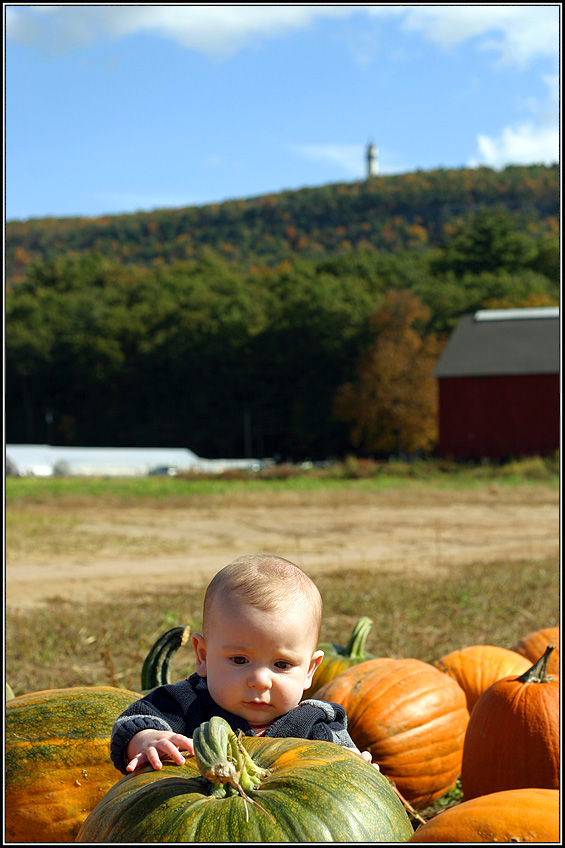 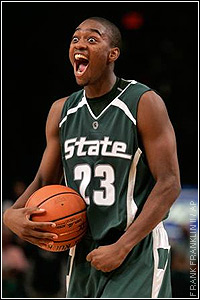 Anyway, I’m a few days late with this but remember how I mentioned that I’d tossed in $5 to be included in on of those March Madness bracket things?

While I may not have finished “in the money”, I’m quite proud of where I landed — out of 60 participants, I finished in 7th place — considering my chosen method of selecting who would win each game throughout the tournament.

For the early rounds, I picked teams that I had t-shirts for.

So that cheap ($7.50) Michigan State t-shirt that I bought on a whim at a Steve & Barry’s in, I’d guess, Michigan almost paid for itself 40 times over.

It’s actually too bad that I let my personal feelings towards the University of Connecticut men’s basketball team get in the way.

I have a UConn t-shirt in closet too. Had I chosen them to go further in the tournament (they reached the Final Four), I’d have won the whole darn pool…

Don’t worry Steve & Barry’s… I won’t hold it against you.

It was my fault.

I really miss that store.

Perhaps it has much to do with growing up in New England, and even though they’re from Vermont (a state at which I like to poke fun), Phish is one of my favorite bands of all time — not far behind They Might Be Giants.

As different as the two bands are, it’s shocking how much their audience’s overlap.

Anyway, Phish unfortunately broke up a few years ago and for the last few years that they were still together, they were just releasing one live album after another.

Now, I know, some people are really into live recordings and bootlegs and trading them and all of that nonsense but no one will ever convince me that a live recording sounds better than a studio album.

Especially when you listen to it with big ol’headphones on like I do. 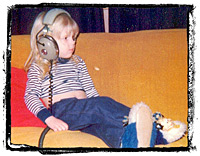 There is no comparison.

Give me a studio album any day.

So get this… The band is getting back together for a 3-night show this weekend down in Virginia and since they know that it isn’t possible to every fan to attend (and they’re cool like that), they’re offering mp3’s of all three shows on their website…for FREE!

Now I know that I just poo-poo’ed recordings of live shows but when they’re free, hey, I’ll take it.

All you have to do is register — and no worries, they don’t spam the hell out of you like other places do and once you snag your free tunes you can always opt-out and be done with them.

You heard right — when you opt-out, they really stop sending you stuff.

Just a quick heads-up… The Gap is holding a four-day sale featuring men’s, women’s, and maternity v-neck sweaters, for $25 to celebrate President’s Day.

The whole gimmick is “Save a few Washingtons and Lincolns this President’s Day.”

Anyway, the good news, for those like me who aren’t exactly inclined to visit the mall, is that the sale is also online.

The bad news is that $25 isn’t exactly a bargain — but as I’ve rapidly migrated from the likes of J. Crew and Brooks Brothers towards stores like Target and the former Steve & Barry’s to fill out my wardrobe, I must confess that the Gap is one of the few stores that I’ve consistently and continually shopped at since high school.

Their stuff stands up and stays fashionable for years and years. For me, anyway…

Basically, they haven’t let me down yet so if I see a sweater that I like in this sale, I’ll gladly plonk down $25 to get it.

Yeah, I Want One…