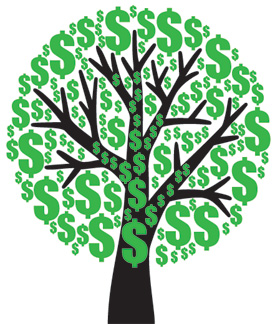 Always on the hunt for an easy way to make passive income, I dipped my foot into the realm of peer-to-peer lending back in February of 2016.

Ironically enough, I’d started researching peer-to-peer lending back then in search of a loan to help finance the construction of our garage, which I still haven’t talked about here on PIAC, but instead ended up being a lender rather than a borrower.

So, at the onset, I put in $1000 with Lending Club and funded 40 different loans in $25 increments. I picked roughly half of them myself and used their “auto” process to pick the rest of them.

It took around three weeks for it fully “invest” all of my money — partly because I’d set the “Automated Investing” to only invest in sure thing loans.

Sure thing loans don’t offer the greatest return for the lender but you can be certain to get your money back. As a result, it’s a little tougher to get your foot in the door for those.

Things were great for the first few months, even threw a bit more money at it — stuff like Adsense income and PayPal balances from selling little things on eBay and stuff.

It felt good, making far more in interest than any savings account with 40+ loans in the portfolio, there was movement nearly every day of the week.

No, not huge money, but quite nice returns (and quickly) on such a small investment.

I was re-investing my interest gains to fund move loans along the way and, yeah, I was like, “Damn, I shoulda jumped on this train years ago!”

And then I had one loan fall into it’s grace period.

Another loan followed. And another.

Another one was charged off.

Yep, the wheels were falling off.

All of my interest that I’d been thinking of as “easy money” was suddenly disappearing due to deadbeat borrowers. And the negative side of things seemed to be picking up steam.

One month I made around $10 in interest…but lost $68 due to loans being charged off.

Yeah, that wasn’t what I had in mind when I jumped in…I was losing money, like, fast.

Before long, I noticed that the loans that weren’t being paid back we predominantly the ones I’d selected manually…and mostly loans with higher rates.

I knew there’d be additional risk in funding a higher rate loan…but not to the degree that an entire year’s worth of experience showed me.

Now, almost two years in, I’m almost back to even.

So those early returns in the first few months that had me all excited have turned out to be $2.74 of “profit” over 21 months.

I’ve made 13-cents per month. You don’t see the peer-to-peer lending sites advertising those kinds of returns!

The reality of it is that it’s actually worse than that as I currently have two loans in my portfolio that are currently over 90 days late.

Pretty sure I’m not seeing another dime on those.

That’s what sucks about peer-to-peer lending.

There are so many borrowers that look good on paper to an inexperienced (and naive) guy like me but, in hindsight, I should have known there was little chance most of them would pay their loans back in full.

The “idea” of nearly doubling your money was a marketing gimmick I fell for.

But there is a bright side to all of this, see, I’m not naive to it anymore.

The past 21 months have taught me how to more wisely select my loans and while the returns aren’t as great, and tons of them pay their balances off early (hey, like I would!), so I’m not making as much as peer-to-peer lending sites want you to think you can make, soon, I won’t be losing money either.

To date, I’ve earned $254.90 in interest. Making roughly $12/month on such a small investment is a pretty solid return. My initial goal was always to re-invest the earnings and get a snowball rolling. That’s still the case.

And that makes me angry…but I was also able to isolate what types of loans cause me to lose money…and they’re dead to me.

They had me fooled for the first year or so but no more.

It’s gotta be a 36 month loan and less than $15k. The purpose of the load also has to be credit card payoff or loan consolidation. Most importantly, they have to have qualified for an interest rate under 12%.

And with the criteria above, I also don’t need to worry about past delinquencies or credit scores at all cause folks with those issues don’t qualify for personal loans at rates under 12% anyway.

I knew all of this going in…I just didn’t heed my own advice.

Guess what? Every single one of them is current and making me money.

So, once the junk loans I funded originally have run their course — another year or so, I presume — my defaults will be few and far between.

Bottom line, you can earn some nice returns on a small investment using peer-to-peer lending. Just don’t get lured into thinking you can pull in 15% returns…or you’ll get burned.

So while I’m not exactly thrilled with my ride so far, I’m not pulling my money out either.

There is money to be made.