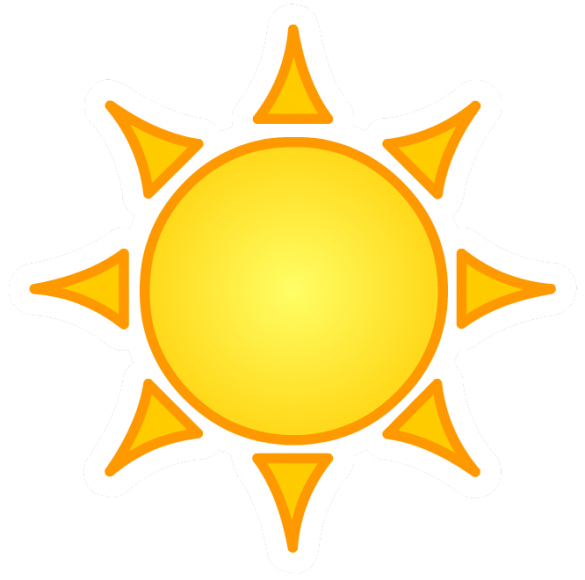 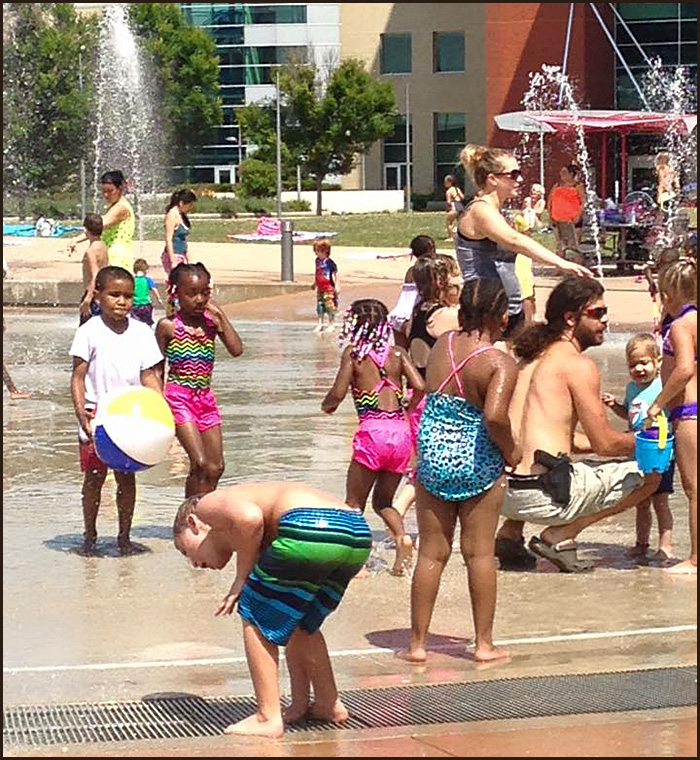 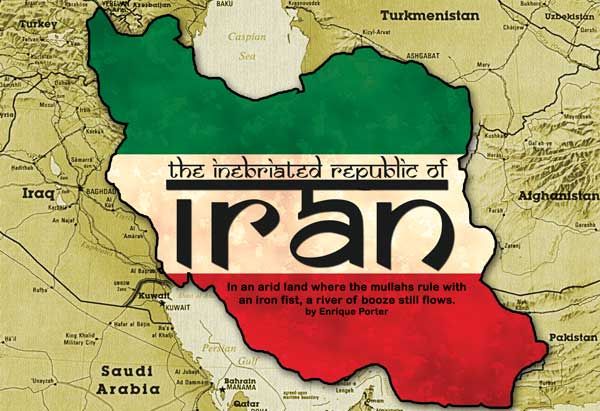 Just for one minute, I wish the average person living in America would listen to both sides of the story. Like, really listen.

The polarization in this country is at a comical level.

I find it comical that they still call health insurance a “benefit”.

Anyway, one co-worker outwardly denounced Obamacare left and right — apparently to blame, in their eyes, for our insurance premiums going up — and then proclaimed that they’d be better off moving to Canada.

I mean, those two stances are complete opposites.

You can’t stand on both sides of that fence… except here in America where the average Joe (and Jane) often times have no idea what they’re talking about.

If Obamacare were actually what it’s supposed to be (and what Obama would actually like it to be), the healthcare system in this country would be just like it is in Canada.

So, supporting Obamacare (the way it was originally proposed) would ELIMINATE your health insurance premiums.

Yeah, gone. ZERO. Like, a “real” benefit to paying taxes (which is how the Canadian government pays for it all).

It’s not Obama’s fault you’re paying more for health insurance — he tried to make it so that it would be FREE. For everyone.

How that fact is lost on so many is a real mystery. And how anyone could be so passionately against such an idea is also very puzzling.

And that brings me to the past few weeks and the whole Iran thing.

I don’t even want to get started down the path of how or why the United States thinks it has the right to decide which countries get to progress and which don’t.

Iran or not, it’s a very un-American way of doing business taking on the global role of judge, jury, and executioner.

Anyway… watching tv this week, it’s been nothing but a long line of conservative Republicans eating up air time as they growl on (still?!) about the Iran nuke deal.

But here’s the thing — it is a good deal.

No, it’s not a perfect deal but it’s a hell of a lot better than no deal at all — which is what Republicans on their soap boxes are trying to turn it into.

And that’s hilarious to me, someone who actually LISTENS, and here’s why…

Republicans or Democrats in this country often say things simply to keep power, whether it’s the specific office they hold or just towing the party line — a HUGE flaw in the two-party political system.

In other words, the conservative Republican office holders on tv are likely wise enough to know that the nuclear arms deal with Iran is a good one but will still vow to defeat it publicly.

Their brain numb constituents, the base, eat it up and vow to vote their reps in over and over again.

Whether or not the conservative Republican office holder thinks it’s a good deal is irrelevant in this case as it’s a no lose situation and that’s because President Obama has already said he’ll veto any attempt to defeat the deal.

Republicans in Congress don’t have the votes to override a Presidential veto so… the deal gets done not matter what, even if they make a big scene during the process.

Of course, being seasoned politicians, they already know that but they’re counting on the fact that YOU don’t know that.

So, even though they likely actually SUPPORT the deal, they’ll continue opposing anything Obama does simply for political reasons.

Sure, Obama wins because the world will be a mildly safer place for next decade and the Republicans get to rile up their base just before an election cycle opposing it.

But it also makes our country looking incredibly petty on the world stage… (the deal is NOT just between the US and Iran like it’s portrayed — that’s all propaganda.)

I mean, this deal is clearly better than no deal yet our government (the Republican led Congress, actually) is going to reject it simply for political theater.

I guess to the average Republican voter, narrowing the “Axis of Evil” down to just North Korea is a bad thing.

Sadly, if a Democrat weren’t in the White House today, the answer would be “Yes!” 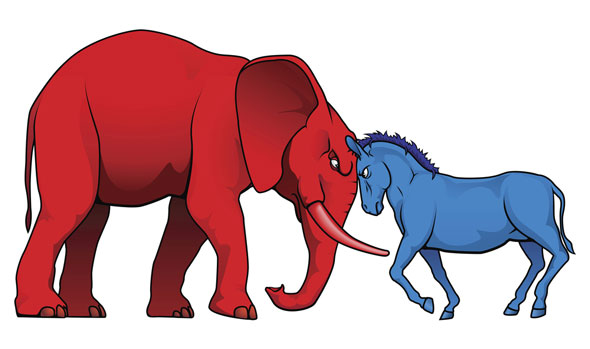 Here in Connecticut, the mostly Democrat legislature recently passed a budget and sent it on to our governor, also a Democrat, to sign off on.

The Republicans balked that the “new” taxes were too high and that it was terrible, devastating even, for businesses that operated within the state.

Big companies like General Electric and Aetna jumped on the bandwagon criticizing the additional taxes they’d have to “apparently” now have to pay.

Of course, some investigative reporter types soon pointed out that the “new” business taxes they’d been lamenting were taxes those companies were exempt from anyway as a result of getting special tax credits as incentive to do business in Connecticut.

Didn’t matter though — the Republicans had gotten their message on the airwaves first and they continued to dominate the headlines.

Connecticut taxes are going up and it will be crippling to everyone and all of the employers will leave the state.

Truth of the matter is — unless you’re making over $500k per year, chances are, your taxes for 2014 will actually go down.

Yep, 99% of us will be paying less tax but we’re freaking out that we’ll be paying more…and losing our jobs in the process.

Love how that works. All mis-truths.

So, with all of the uproar, the governor called a special session to amend the already voted on and approved budget.

The Democrats made some concessions with the Republican minority and put together a “new” budget. It all got done last night.

This morning’s headline — from the Republicans in state government…

“State is Destined for a Shortfall”

You can’t make this stuff up.

So…the Republicans originally claimed that the tax increases were out of line, got the public all riled up and forced the Democrat majority to make concessions, which they did, and now the Republican’s claim the budget — the one they essentially neutered and approved — will lead to a shortfall in the state’s coffers.

I despise that this is how the American government operates.

It’s ludicrous that the Republicans are trying to have it both ways and putting the Democrats at fault…in both scenarios.

They misled the public and business leaders at the onset in an attempt to smear the primarily Democrat budget.

Then, when they got exactly what they’d wanted on a do-over, they immediately proclaimed that the new budget was inadequate. Worse than before, even.

Since the current governor is a Democrat, he owns it even though the Republican minority is who essentially wrote the final version.

It’s not a lean left or lean right type of thing.

Both parties play the same game.

In this specific case, the Democrats pulled a 180 degree turn due to politically induced public pressure… Basically flip flopping from a ‘Yes’ all the way to a ‘No’.

The Republicans claim the the budget was 100% garbage before the flip and continues to be 100% garbage after the flop.

There is apparently no middle ground.

But that’s the thing, in reality, both version of the budget were a middle ground.

That’s exactly what happens in the government.

Then, they get in front of microphones and cameras and proclaim that, if they’re the not the party in power, that the legislation (proposed or otherwise) is 100% wrong.

The only thing that’s 100% wrong are their claims.

It’s no wonder this country is so divided.

We really need another party…or ten along side the Republicans and the Democrats.

You know, like the other countries on the planet that already have universal healthcare, free education, “working” gun laws, and politicians that know they need to work with others to get things done.

Sure, they have higher taxes than us (which is what it always seems to come back to in the USA) but guess what?

They have more services too.

Services that we’re currently paying for out of our pockets…and paying more for than we would if it were built into our taxes.

Sounds pretty great, right? Fewer things to pay for and more money in your pocket.

Yes, your taxes would go up… considerably.

But guess what? You’d still come out ahead.

Most of the world has already figured this out.

The US is too stubborn to even consider it.

Celebrating Independence by Writing a Check