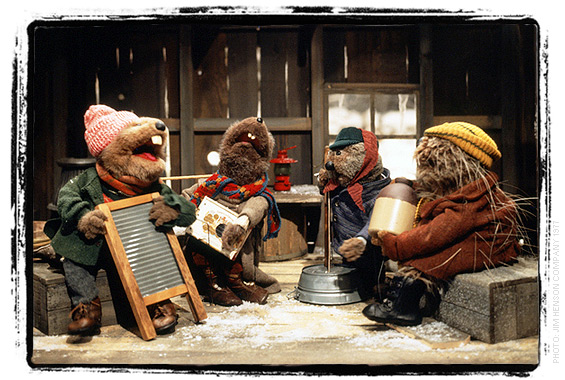 Often times when I mention it, the response I get is a blank stare.

“Never heard of him…”

Seems you have to be of a certain age while also having been fortunate enough to have lived in an area where HBO was available in the late 1970’s and early 1980’s. Yeah, we’re a select bunch, it seems…

It’s sad, really. It’s one of the best Christmas specials ever made and so few have ever even heard of it.

A couple of months ago I read some where that the average 5 year old these days can’t name any of the Muppets — even when shown their pictures?!

Replaced by the likes of SpongeBob, Shrek, and well, not that he’s age appropriate, even, Glenn Quagmire.

Furthering my disappointment, and confirmation of the Muppetdom’s decline, while down in Florida at some sort of Disney souvenir tourist trap, my wife and I purchased a small Gonzo doll.

At the checkout, my mother thought he was “cute” but had no idea who (or what?) he was. What the hell is Gonzo anyway? I’m not sure that was ever answered…

But seriously, my mom had no recollection of Gonzo. None. And she’s not old enough — not even close — you know, where you’d almost expect people (I used the term loosely) like Gonzo to be forgotten.

Out of sight, out of mind, I guess. The Muppets have been collecting dust for nearly 20 years now — except for a few Miss Piggy cameos in Pizza Hut commercials.

Jim Henson’s death is partially to blame, sure, but so is Disney. They took over the Muppets in 2004 and then shelved them.

So it was a pleasant surprise when, earlier this week, I read in the newspaper that a local opera house was going to be putting on a production of Emmet Otter’s Jug Band Christmas this holiday season.

And this isn’t just some community theatre group putting it together — it’s a real full blown production in a real opera house.

Needless to say, after all of this build-up, we’re going.

In true Muppet fashion, to be like Statler and Waldorf, we selected seats on the balcony to the right of the stage — but unlike them we’ll try to keep out comments to ourselves during the show. Tickets were pricey, a little over $50 each, but that’s to be expected for the opera.

Yeah, that’s right, I just made it sound as if we frequent the opera house.

For the record, we don’t. In fact, I’m not really sure what I should wear. I’m guessing that an airbrushed Dr. Teeth and The Electric Mayhem t-shirt would be frowned upon…

Realistically, though, I think I’ll be a little disappointed, you know, expecting to see an all Muppet performance but having many of them as live action people instead — but hopefully as the show goes on, I’ll be able to “connect” with the new look Emmet. 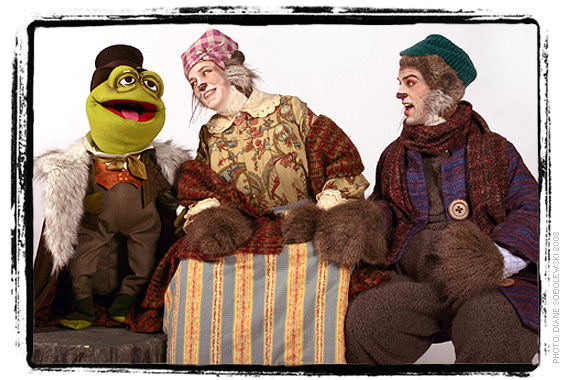 But it’s the music that I’m most looking forward to. You can’t beat a Christmas themed show with a song about barbeque as one of the main features.

Anyway, the world premiere musical production of Emmet Otter’s Jug Band Christmas will be running from December 7 through January 4 at the Goodspeed Opera House in East Haddam, Connecticut. If you’re in the area, and you’re familiar with who Emmet Otter is, you might want to check it out!

Hidden Benefit of a Business Card