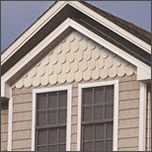 Reading an article on CBNC today, I came across a bothersome quote from an analyst in reference to the rising number of people “walking away” from their mortgages:

“I don’t know where the tipping point is,” Wachovia chief risk officer Don Truslow told analysts on a conference call. “But somewhere when a borrower crosses the 100 percent loan to value, somewhere north of that…their propensity to just default and stop paying their mortgage rises dramatically and really accelerates up. It’s almost regardless of how they scored, say, on FICO or other kinds of credit characteristics.”

So let me get this straight…

If the value of my house drops below what I paid for it, I should just consider walking away cause it isn’t worth what I’m paying for anymore?

That *is* what it says, right?

That really says something about American society these days, huh?

Yep, I have good credit, so you let me borrow hundreds of thousands of dollars and I signed a contract saying that I’d pay you back. Thought I was getting a deal, but then it didn’t turn out to be such a great deal, so I’m going to ignore the contract and screw you over…

I can’t fathom doing this. I just can’t.

How many of us have continued making payments on a car that was worth less than we owed? I’m pretty sure most all of us have — but we still made the payments, because that’s what we’d made a commitment at the time of purchase to do.

Pay back your debts! It’s the right thing to do.

I guess the right and honorable thing to do isn’t important anymore.

Where did this sense of entitlement come from?

Personally, I hope these folks walking away in situations like this never recover. Ever.

They don’t deserve it.

Opportunity of a Lifetime