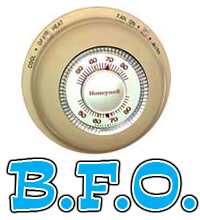 When I was in 10th grade, taking geometry, our teacher took a leave of absence to have hair plugs installed or something.

He left on a Friday with some whispy stuff on top and returned a month later with a scabby, yet fuzzy, scalp. By grade 11, though he wasn’t my teacher anymore, he had a full head of hair.

So, apparently, those Hair Club for Men commercials of the early 1990’s were legit…

Anyway, while our regular teacher was out, the substitute was a fellow that none of us has ever seen before, you know, not one of the usual substitutes that we’d grown used to over the years.

He was young, had a big moustache, he wore a shirt and tie every day, and he had a full head of hair. He even carried a briefcase. Basically, he was a lot different than our regular teacher.

Under the impression that we’d be doing, well, nothing for an entire month in his class simply because he was a substitute, we didn’t give him a lot of respect.

I know I spent most of my time in that class daydreaming about every girl in our school that even slightly resembled Catherine Zeta-Jones.

Anyway, even through my steamy fog, it wasn’t long before it was blatantly apparent that he had NEVER taught in a classroom before. You could tell he was nervous and the troublemakers in the room were taking full advantage.

This lasted for nearly a week — and then he flipped out.

He turned into Tom Green. This, of course, was before Tom Green became famous.

He had a little bit of a Willy Wonka vibe too… The Gene Wilder version, NOT the androgynous Johnny Depp version.

Out of no where, when it was actually quiet in the room and without any provocation, he started doing that “bzzzzzzzz” noise (you know, the thing that happened in every high school classroom whenever there was a substitute teacher) as he loosened his tie and put it around his forehead like Rambo.

A few of the girls started giggling wondering what on earth he was doing.

The troublemakers were annoyed that he was stealing their “bzzzzzzz” joke.

Then he stood on the teachers desk and shouted, “Who wants to learn some geometry!“.

Um, okay? We were less than enthusiastic.

He then jumped off the desk, doing an aerial ski move, I think it’s called a backscratcher, before doing a somersault after the landing.

I remember thinking, “Wow, this dude is crazy… but that was awesome!”

Anyway, as he plowed through the curriculum, obviously refreshing his geometry memory along the way, he taught us something that I have never forgotten.

Without boring you to death or bringing back long forgotten math nightmares, high school geometry was the class where you had to do proofs.

You know, prove these two triangles are congruent using a side-angle-side argument or whatever.

I don’t remember exactly how it went down, but I do remember it being relatively simple but annoying at the same time.

This teacher, towards the end of his run, drew two triangles at the same time on the chalk board, one with his right hand and one with his left. Comedy in and of itself.

He then dramatically spun around pirouette-style asking if the two triangles were congruent.

(Yes, he was still wearing his tie around his forehead — but only during class. The guy was a nut, I’m telling you…)

The nerds, often so smart that they were stupid, were all busting out their protractors to get started, but he stopped them in their tracks — “No! This is a one line proof.”

Confused, we all wondered if he was serious.

The two triangles up on the board looked more like ovals than anything else, but they also looked pretty darn similar. Maybe he was ambidextrous?

Then, underneath the two tri-ovals, he wrote in big letters, breaking chalk along the way while calling out each letter as he wrote it, “B.F.O.”

“Blinding Flash of the Obvious,” he explained.

I never forgot that.

When our real teacher returned, it was like a big inside joke that he wasn’t in on. As if his new scabby scalp wasn’t already enough for us to laugh about?

Anytime you couldn’t figure out how to correctly do a proof on a test, you’d write “B.F.O.” in big letters. It never worked, for obvious reasons, but everyone in the class resorted to it at least once…

Years later, in university, on a chemistry lab that went dismally wrong, I told my lab partner, Derek, about “B.F.O.” and we decided that in our final conclusion on the report, we’d refer to a “BFO” as our reasoning for coming to the conclusion we came to.

Seriously, it was like a 40-page lab report with calculations, diagrams, and things all over the place. The last page, for our conclusion, contained 3 letters.

The professor’s (or TA’s — we all know the prof’s never actually looked at our lab work) remarks still give us a chuckle to this day — next to our conclusion, they drew a big question mark, then gave us a “B”. Ha!

So, after all of this build-up, how does any of this relate to your heating bill?

You can read all you want about putting plastic up on your windows, installing draft guards on your exteriors doors, blocking off seldom used rooms in your home, or adding a humidifier, but there’s only one surefire way to lower your heating bill without spending a dime.

Turn the thermostat down.

Have You Reached Your Savings Threshold?