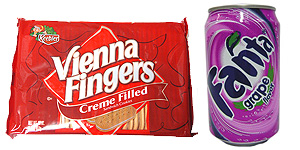 Nearly 9 months in, 242 days to be exact, I have officially been (soundly) defeated by a soiled diaper.

Yep, the smackdown took place yesterday morning as we were eating cookies and watching ice hockey highlights on television together on the couch.

Sniff, sniff… Suddenly a waft of not-so-sweetness overtook the room.

Eh, routine diaper change coming up. Or so I thought…

I quickly learned that this was not going to be a typical diaper change.

Oh no, this was one for the ages…

I’d guesstimate that Duncan has 3 or 4 blowouts per week so it’s not exactly an unusual occurance. Thankfully, though, 90% of them happen while he’s at school (which is what they call daycare these days), so it’s not usually *my* problem.

With my wife in the shower, well, this one was all me.

Fighting a pair of kicking legs, I tried in earnest to control the, well, let’s just call it “insanity”.

Doing my best to keep the, um, “insanity” contained, I used a few wipes here, a few wipes there, a clean diaper over there, and even a bit of his outfit to get it out from between his toes, you know the drill…

I was doing pretty well, or so I thought, and then I coughed…

And then I heaved.

I pressed on though. Had to complete the mission, you know?

But then, holding the little guy’s lower end in the air by the ankles over an overflowing diaper with “insanity” smeared all over much of my free hand, my mouth suddenly filled with a mixture of Vienna Fingers and grape flavored Fanta.

I’ve probably already “spilled” too much info here but I’m sure you get the gist of what happened next.

Anyway, I’m still patting myself on the back for lasting 241 days longer than I ever thought I would. 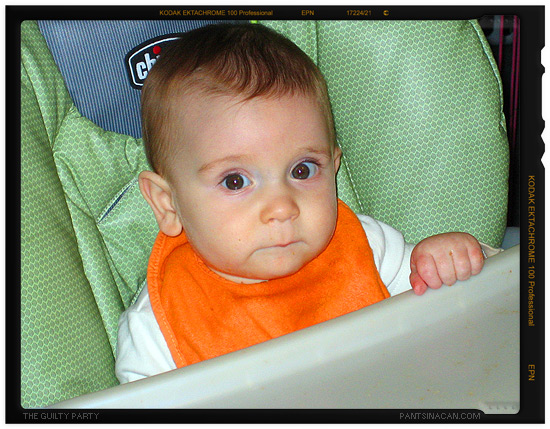 He looks guilty, doesn’t he?