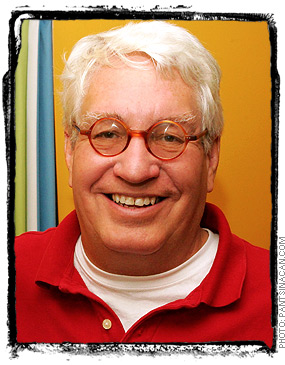 So it’s now been exactly a year since I last saw my dad. It was November 3rd that he came with us to that creepy 3D ultrasound of the then un-named Henrik. I think he really enjoyed that.

Later that day, he and my mom drove back home to Florida.

One was older than any human being should possibly get and the other had been in and out of a sedative state for months.

In both cases, I heard the news on Facebook.

I like to think that I can relate since my Dad died just last year but I’m finding it really hard to find common ground.

It’s funny, thinking about it now, shortly after my dad died, another friend (that isn’t strictly relegated to Facebook communication) came up to me and gave me the awkward exchange that people typically give you when someone close dies.

The thing is, for him, his dad had died just a couple of months prior (in his 80’s and of cancer) so I kinda thought he was one of the few who knew firsthand how I felt — freshly.

His comment — and his brother’s comment too, “No way, man, yours was way worse. We saw Pops going…”

That kinda stuck with me.

Sure, in some ways — like the actual loss of a family member — it was exactly the same but the way it happened for us was, well, better.

I think it was better.

We didn’t have a long waiting period.

We didn’t get the chance to ponder when?

We never had to make any hard life-or-death decisions.

Out of the blue.

Sure, it sucks to never have had the chance to say good bye.

The last time I saw my dad, just after that ultrasound appointment, we were out looking for liquid garlic (very tough to find), we discussed not giving the baby-to-come a name that ended in ‘-ie’ or a single syllable name and tested out all kinds of terrible suggestions (none being Henrik, which my dad propably would’ve hated), and complained about how the soda at our local 99 Restaurant tasted musty that day.

The last thing I talked to my dad about, just days before he died, was a free frame replacement on my wife’s Toyota Tacoma. Neither of us are gear heads — what a stupid final conversation.

But if it had been any other way, what would we have said?

I mean, really, what do you say?

There haven’t been a lot of deaths in our family. It’s not that we live forever — it’s just not that big of a family.

I can think of three deaths and technically, only two were ‘real’ relatives and I can only really claim to have ever made a connection to one of them.

The first death was my grandmother in…I think it was in the fall of 1987. I was in 5th grade — that much I’m sure of.

She’d had a heart attack and we made the 9-hour trip to the hospital to go and see her.

She seemed perfectly normal — she gave me a dollar bill to “buy something in the gift shop” as if anything could be had in a hospital gift shop for a dollar. Even in the 80’s… Sheesh…

I still have that dollar, though. Pretty cool too since it wasn’t long after that paper dollars were taken out of circulation in Canada.

Anyway, all seemed well from a 5th grader’s perspective besides the fact that she was in the hospital.

We drove back home and life resumed.

It was about a week later when I had a friend sleeping over that my Dad poked his head in the door and asked if he could talk to me for a sec.

I got up, went out to the hallway and he led me into my parent’s bedroom and said, “Gram died this afternoon.”

I just stood there.

I remember thinking that my dad was really big that day — like, tall and imposing but not in a threatening way — a trait that really isn’t accurate to my dad’s physical stature.

Especially on what I now realize would have been a very very weak day.

I didn’t cry or anything, said I was okay, and just went back to my room, sat down in my red pleather bean bag, and kept on playing Atari (yes, I’m *that* old) with a stunned look on my face the best I could so as not to let my friend in on the news.

I never did get the real story — I’ve always just assumed it was another heart attack.

And speaking of all this, new in next month’s spending report…life insurance premiums!

Loosely Related Tangent
Back when I was in university we used to play stupid games like who could stand on one foot the longest, or drink a coke the fasted (way harder to pound a Coke than a beer), hold a hand over a candle closest, or hold your breath the longest. That sorta thing.

One of the variations was who could “bust a tear” first.

One guy used to pull out nose hairs to well up. It certainly worked, but I still beat him every time.

Funny, cause he was an artsci fartsy drama major.

I’d just think about “Gram” telling me to put her dominoes away and my right eye would start to spout.

I’d be really awesome at that game now.

So much for the ING Strategy…