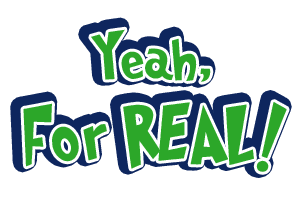 Regarding the garage thing… Last year around this time we were ready to pull the trigger and hire a contractor to get the whole garage thing taken care of.

Actually, I brought my own pen. Just show me where to sign…

We went to one of those barnyard places — you know, the places that sell sheds and things — but an upscale one. Oh, why not name names. It was Kloter Farms — they’re pretty big around this area.

So my wife and I took a day off from work and drove out there with the intention of signing off on a purchase pending a loan application through their own financing, pulling a building permit, and just getting the whole process underway.

We got there on a very un-busy fall morning and hung out in the “model” that we liked best until a salesperson finally made their move and sunk their hooks in.

Or so I thought.

The dude asked us simple questions like “How big?” and “How many bays?”.

“Seriously, man? The one we were standing in when you saw us and we said that it was perfect… Just like that one. That’s what we want. Duh?”

Obviously, I was too gracious to vocalize the snark outloud…

So he proceeded to circle pricing figures and turn down corners of pages in their catalog so we could “reference them later”.

“Um, yeah, I get the catalog in the mail and I visited your website before coming. I know the price and I pretty much know what I want too.”

So, here this sales dude had us AT HIS DESK where we were 100% ready to make a deal and he just circled a few charts in their catalog, stapled his card to the front cover, and sent us on our way.

Befuddled, we did just that. Went on our way.

Or, should I say “NOT” seriously since he clearly did not take us seriously.

Needless to say, they’re no longer our first choice for constructing this thing…

We’ll still buy a kitchen table from them though…

Anyway, it took me back to when I first ventured into that BMW dealership back in 1999…

After casually pondering the idea for about a week, I decided that I wanted to buy a BMW Z3 just like the one in the James Bond movie that, to this day, I’ve still never actually seen.

One night, after work, I drove my Jetta to the dealership, got out, and started milling about the lot.

Much to my surprise, none of the scummy looking salesman in the pecking order took notice. Not one.

Sure, I was a 23 year old VW driving kid trying to sport a wannabe beard in jeans, a tie dye t-shirt, and sneakers so I might not have been their typical customer but, still, I was in the showroom on a Tuesday night — the only customer there — opening doors and playing with radio knobs.

Unbeknownst to them, the “so slimy that I’d even call them buttery” salesmen were totally missing some low hanging fruit.

Someone was going to sell a car that night. A blue one.

To the kid in the t-shirt.

So eventually, after maybe 30 minutes of opening and closing various compartments in an escalating fashion (in hindsight, I should have “tested” a few horns at the onset) inside the showroom to draw attention to myself, a younger salesman that hadn’t been out in the lot chain-smoking earlier finally approached me.

I say “younger” as in he was clearly not a longtime grizzled chain-smoker, err, car salesman. He was probably in his mid 30’s — so, still a good dozen years older than me — but, besides the gel in his curly hair which was still kind of in style at the time, there was nothing “buttery” about him.

“Are you looking for anything in particular?”

“Yep, I’d like to buy the Blue Z3 convertible right out front.”

Not even 30 minutes later, Tyler Westcott (who I really doubt stuck with the auto salesman gig so I’ll throw his name out there) had sold a BMW to me.

I’m pretty sure that none of the other guys in there sold a car that night.

Oh, how I’d have loved to have been a fly on the wall after I left the dealership.

Time to Try Timing the Market?