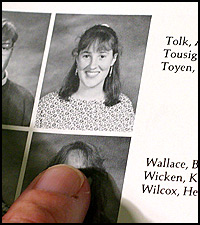 “What time to I have to hit to qualify for State’s?”