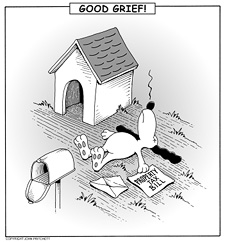 When it comes to taxes, Connecticut is by far the worst state to live in.

I know, I know, everyone knows it’s expensive to live in New England, but Connecticut takes it up a notch from Massachusetts and Vermont.

Did you know that if you live in Connecticut, you have to pay local property taxes on your automobiles?

It’s called a personal property tax. Roughly half of the country has a similar tax.

Making matters worse, in Connecticut, is that the tax on identical vehicles can swing wildly from town to town, based on the communities’ relative wealth. It’s not a state tax, it’s a local tax.

This is the main reason you see so many illegal Florida license plates up here. Tax fraud is rampant. And it’s not enforced, much to my dismay.

With three cars in our household, each July, the city comes looking for between $850 and $1000 dollars from us. Hardly chump change.

Now word comes in that our regular property taxes will be going up this year:

The Board of Finance is briefed on the city’s fiscal situation Monday in City Hall.

Most homeowners will see a property tax hike of at least $150 this year if the proposed budget eyed by the city’s Board of Finance is approved.

The $171.5 million spending plan that fiscal overseers appear poised to endorse this month would drive the mill rate up by 6 percent, officials said.

The City Comptroller said spending requests were up more than 8 percent to $177.3 million. But revenues, he said, are flat.

His department recommended cuts totaling $5.8 million that bring the increase to a more manageable 5 percent level.

But revaluation makes the pain greater.

Because almost all the property in the city is worth more than it was in 2002, up an average of 42 percent, the mill rate could drop from today’s 34.71 to 24.95 to bring in the same amount of money to city coffers.

The budget, though, requires a mill rate of 26.45 to bring in the necessary revenue to cover anticipated costs.

The Comptroller said that means most homeowners will pay more than $150 extra this year and some will pay much more than that, if their homes rose in value by significantly more than 42 percent.

Condominium owners are going to take some of the largest hits because their assessments generally rose much faster than single-family homes.

The finance board plans to adopt a budget April 22. A joint session of the City Council and finance commissioners will put the final seal of approval on a new budget in mid-May.

Thankfully it won’t break the bank for us, but I have a feeling, based on our 2007 tax assessment that jumped well over 50% from the 2002 assessment, we’re going to get hit with a big increase.

Hopefully next year as a result of the proposed lower mill rate and the fact that our cars will have depreciated another year, the city won’t tax them as high. If we could only be so lucky.

I just hope the city uses the piles and piles of extra money wisely instead of building a “skate park” for skater dude thugs — which is actually the plan. Ugh…