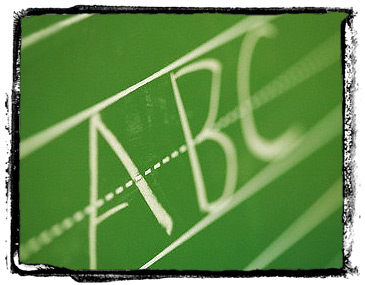 I seem to have a special knack for making connections with people, almost instantly, that have ended up pushing me up the social and financial ladder…

Maybe everyone gets that feeling, but for me, it seems to happen on a pretty regular basis and often times from the least expected sources…

The first one that I can recall was my second grade teacher, Mrs. Nancy Jones.

We’d just moved to town and I joined the class a few days into the new school year. It was awkward enough being the new kid, but being the new kid who missed the first 4 days of school made it that much more uncomfortable…

Very early on, probably by the second day, it was apparent that my Midwest “edumacation” wasn’t going to cut it in stiff and preppy New England.

I could read, yeah, and I could write just as well as the other kids. I was up to speed in the math department too, but there was one thing that totally baffled me.

To this day, just thinking about it sends shivers down my spine. Really. I’m not kidding.

See, each morning when we’d come into the classroom, there would be a list of maybe 10 vocabulary words on the chalk board (remember those?). The first task of the school day was to print them out in your neatest handwriting in alphabetical order.

For the first few weeks, I faked my way through it. Obviously, that didn’t work and the teacher, Mrs. Jones, called me back to her desk one afternoon and confronted me about it.

I flat out lied to her and said that I’d just messed up that morning and I’d put them in the correct order tomorrow.

Well, the next day, I threw a few sideways glances towards my next-desk neighbor Jacquie Ainslie’s desk, you know, to copy her order of the words.

“Brainy,” growled Mrs. Jones from the back of the room.

I got up from my miniature desk and walked back to her BIG desk, scared out of my mind.

As I neared, she grabbed my arm, got in really close — we’re talking right in my face, looked me in the eye with and icy blue stare and through gritted teeth said, “You need to tell me when you don’t understand something. You understand me?”

I nodded as I bit the insides of my cheeks.

“You’re better than this. I know you can do this,” ask she shook her grade-book around for added emphasis or something.

Then she proceeded to fill out a “white card”, which in our school was what all of the troublemakers got for, well, being troublemakers.

If you were really bad, you got a “blue card”. I’d have died if I ever got one of those… Either that, or my parents would have killed me.

Basically, they were the elementary school version of detentions and suspensions. Not really harsh, nothing more than a little printed index card, but still not something you wanted to take home and ask your parents to sign… I’m pretty sure the office called your parents about them too — you know, to make sure they were aware…

Anyway, she snatched my paper from my hands, smiled in a scary sort of way, patted me on the head, and told me to go sit back down.

Later that day, as our class headed towards the cafeteria for lunch, Mrs. Jones pulled me aside, discreetly this time, and told me to head to room P-7 after lunch instead of heading outside for recess.

Now I’m thinking she’s going to beat me up or something. Really, I was afraid. I wasn’t real keen on this new school to begin with and things weren’t going like they had in my old school. I’d had just about enough, really…

I headed to the classroom during lunch actually trying to avoid any sort of intersection with Mrs. Jones — she was still eating. I opened the door to P-7, and one of the other 2nd grade teachers was inside with a few other kids that I sorta knew but not really since they weren’t in my class (and I was new).

These other kids were, sorry if this comes across as obnoxious, but they were dumb. I don’t know how else to describe it. I mean, these weren’t only the troublemakers, they were the morons too.

Now, being that I couldn’t alphabetize anything to save my life, perhaps I was just as much a moron, but it really opened my eyes…

Mrs. Jones was right — I was better than this. I didn’t belong in this room.

I missed two recesses total hanging out in that classroom after lunch. That’s all it took before I had a firm grip on what the concept of alphabetical order was all about.

Now I know that a lot of people will just say that Mrs. Jones was just a good teacher doing what good teachers do.

That may be true, but I wasn’t the only kid who struggled in that classroom…

I was, however, the only kid in her class that year that she wouldn’t let fall behind.

She picked me for some reason…

She even stayed on my ass until I moved on to junior high. She didn’t forget. It sucked, actually…

Sometimes I think about stopping in but, honestly, I’m not sure I’d have the courage to face her even now!

I mean, what if she told me again, “You’re better than this!”

[I’m never really very good at keeping up with “series” postings, but I’m gonna try harder on this topic. This is the first of at least 15 super awesome people — not related to me — who should probably get some credit for the successes and failures I’ve made and my way of going about, well, everything…]

Doling Out Real Estate Advice: Perils of Living on a Corner