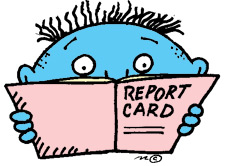 I did pretty well on my goals for 2008. I mean, I certainly can’t complain.

In order of completion, I managed to increase my 401k contributions to 15% of my income, I eliminated all of my credit card debt, I paid down enough principle on my mortgage to have PMI removed (though it never actually happened), and I paid off all of my auto loans.

That’s a pretty decent set of achievements and I’m proud of every single one of them!

But there were a couple more goals on my list…

One, that I considered lofty, was to have $10k in savings.

Here, on the last day of the year, I’m finding myself in a bit of a grey area. I don’t feel that I accomplished the goal but by a technicality (my paycheck was deposited today instead of tomorrow because of the holiday), I actually have $10k at my disposal.

Just saying that blows my mind but, honestly, it doesn’t feel real.

And it isn’t all in my savings account right this minute, but it could be, so that goal was pseudo accomplished as well.

Hey, it’s better than nothing, right? It’s not like I “worked” for it…

So, with that, I can’t say that I accomplished all of my goals, but I think I took care of the big ones.

Hopefully 2009 goes even better — though my goals for the coming year are far less specific.