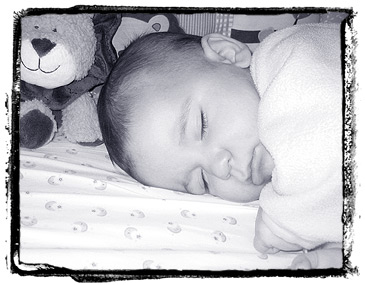 My electric bill and natural gas bill were the highest that they have ever been this past month.

Now I know that the winter season is upon us and there were a few weeks of frigid weather back in December but an electric bill of $233.67 and a natural gas bill topping out at $335.24 totally caught me by surprise.

At first I thought it was a mistake. Or maybe it was an extra long billing cycle…but it wasn’t either of those.

I loosely budget $500 per month for bills — water, gas, electricity, phone, and cable.

So what’s different from years past?

See, he hasn’t quite figured out what a blanket is for yet.

He all but refuses to sleep underneath one and, as a result, we keep the heat on a little higher and an electric heater running in his room all night.

That costs a lot.

Okay, so maybe I was a little premature in stating that kids don’t cost that much!