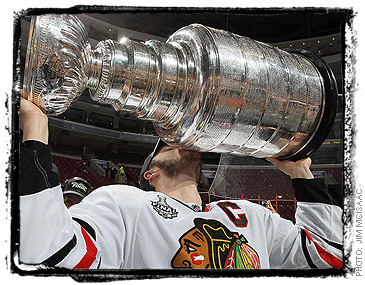 The headline is true — Thursday has come and gone and I’ve just purchased a house…from myself.

Yep, it was just a refinance but after signing my name 40 or 50 times I’ve now officially cut my monthly minimum payment by 60%.

(For the record, I still won’t believe this actually happened until I get a new mortgage bill in the mail…in August, apparently…)

So, anyway, among all of the stuff I had to sign, there was this one sheet that listed all of the fees to be paid to Bank of America (my now former lender) to “release” the loan.

One of the “fees” was for mortgage insurance. It was for $170.30. That works out to exactly two months worth of PMI.

How messed up is that?

It was nearly two years ago that I’d paid my mortgage balance down to the point where PMI should have been cancelled automatically.

It never happened. Countrywide — at the time — wouldn’t let it happen.

I sucked it up and continued to pay $85.15 per month for insurance that I didn’t need *and* couldn’t cancel no matter how hard I tried even after they transitioned to become part of Bank of America.

The refinance was my way out — and it appears to have worked.

I can only shake my head…