CLOSE
Home Life Resignation: When it’s time to move on… 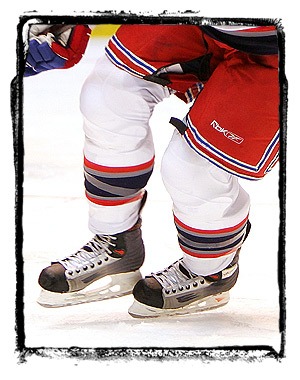 So this afternoon I put the finishing touches on my very first resignation letter which, barring any unforeseen circumstances, I intend to drop into the mail on Friday.

In addition to my full-time day job, through my own personal company, I’ve done contract work for a professional sports team in the area for the past ten years.

The team is, by far, the biggest client my small company has.

The ongoing project has been one that I’ve been really proud of.

Financially, it’s brought in nearly $15k each year for the past few. Not an insignificant number.

But I want to walk away.

It’s tough because I’ve never just quit anything that I’ve been good at.

I feel like I owe them something. And like, by leaving, I’ll be hanging them out to dry. Maybe I’m giving myself too much credit.

The fact is, they actually owe me. They’ve been notoriously behind in paying their bills — currently around $2400 behind.

Oddly, that’s something that’s accepted in this line of business (web design and photography services), for whatever reason, and that has a little something to do with my desire to walk away.

The bigger issues are time and respect. What are they worth?

For the past 10 years, I’ve been essentially tied to a computer just in case an email came through. When I was younger, that was fine. The excitement of being part of a professional team, and the perks involved, was enough to make it worthwhile. Also at the time, working until the wee hours of the night wasn’t a problem. Just a continuation of the university lifestyle — except with a paycheck.

Now that I’m over 30, married, and have a house of my own to take care of, I really wish I had the weekends free. I’m sick of spending every Friday, Saturday, and Sunday at the arena.

I wish I could come home from my primary job, lie on the couch, and just watch TV with my wife. Instead, each day I come home and, if there isn’t a game to go to, I march straight upstairs to the computer and sit down for a marathon session fulfilling requests for the team.

Of late, those requests have gotten more and more ridiculous. To the point, they don’t actually even relate to the team, or even the sport. Can you believe that?

And that’s where the respect issue comes in. I’ve never missed a home game for this team. I’ve worked for them since their second season of existence. As of today, there is only one person, a great guy too, who has been with the team longer than I have.

Over the summer, after a lot of last minute backdoor deals, the off-ice management of the team was taken over by another company — not the company that manages the actual on-ice product who we all previously worked for.

They, naturally, brought in a few of their own people — which in turn caused a lot of the veteran employees to bail out. I took note. I should have joined them, but decided to try to stick it out thinking that I’m on the fringes of the office — it should be business as usual on my end.

The “new” people they brought in are, well, let’s just say your typical inexperienced recent college grads that have been given a big fancy title right out of the gate. They’re on power trips. Big time.

I’ve always been the sort to respect my elders. Even at my real job, though I may be considered “higher-up” than some that are far older than me, I still look up to them simply because they’re older or have been with the company longer. It just seems like the right thing to do — ask those with more experience for advice.

That’s not the case with the next generation. The most frustrating part is that they’re not even fans of the sport — there is no passion there.

They’re not from the area — so they have no idea of the history or the market they now find themselves in. And they don’t care either. It’s just a job.

It’s obvious as day that they’ll likely only work here for a year or two before moving on — I’m sure you know the type. The day a new hire starts, for some reason, you can just tell if they’re going to stick or not.

In this business, for them, it’s a paycheck and a chance to rub elbows with pro athletes.

Well, from experience, that gets old. If you don’t love the game, it’s not the job for you. It doesn’t take long to come to the realization that 95% of professional athletes are selfishly arrogant SOB’s. That’s a fact.

What’s pushed me over the edge is that these disrespectful kids with fancy titles have been telling me how to do my job.

Again, I’m not one who won’t take orders from a higher-up.

But when, by all accounts, I’ve been doing a hell of a job since they were in the 4th grade and I’m told to take photos during “halftime” of a hockey game, well, that just rubs me the wrong way. I happen to know what I’m doing.

(For the non-hockey fans out there, hockey doesn’t have a halftime. There are three periods in a game and two intermissions. You’d think that to be employed by a hockey team, you’d actually have to have been to a hockey game before.)

Anyway, this move will put a pretty large dent in my income, but the idea of having weekends and evenings for myself is worth more than $15k ever could be.

Not looking forward to Friday, but looking very forward to the days ahead when I can finally, after all this time, go to a sporting event as a fan.