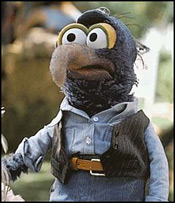 I can’t really say that I’m good at making money. I also can’t say that I’m very good at saving money either. Neither is one of my strong points.

I am, however, confident in saying that I’m very good at paying down debts.

Yeah, I know, making money, saving money, and paying down debt should all go hand in hand, right? For me, I’m not sure why, they just don’t. Yet.

Through my quest of paying down debt, I think I’ve mastered the secret of delayed gratification — I’ve put off a lot of things that I certainly wouldn’t have in the past. And now that I’ve got my debt under full control, I still find that I’m able to walk away from the things I want. That’s progress.

Where am I going with this?

Well, April was a pretty mundane month for me. I knocked just $1722 from my debts.

I know, I know, that’s a boatload of money but when you compare it to the previous 5 months (when I was still paying down my credit card debt), it’s not really very impressive:

See what I mean? I’m hoping April was just a speed bump and that I can eliminate the last of the auto loan at a comparable rate.

And then, hopefully, I’ll figure out the “saving money” idea and see my savings increase by thousands of dollars each month…

On a related note, does anyone else look at their numbers and wonder where on earth the money comes from?

The idea that I actually have nearly $4000 of disposable income each month to send towards debt is unfathomable. My take home pay doesn’t even approach that?!

Granted, I’ve had at least one 3 paycheck month in the last 6 months, and I was still earning a decent income for my job with the hockey team back in November and December…. Add in the big refund from my tax return… I guess if I spread all of that around, it adds up…

Sure, the numbers don’t lie, but they certainly can be deceiving…