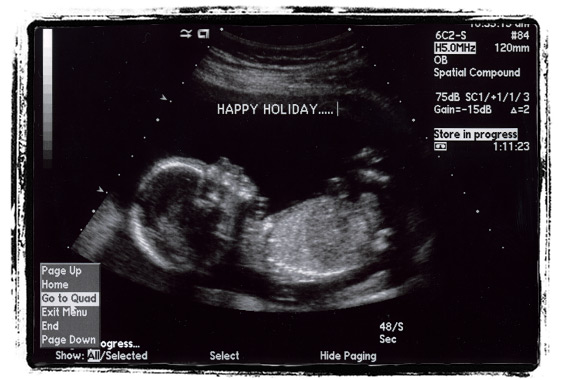 I guess I’m due for this, right? Don’t worry, I’m not going to turn this personal finance blog into a mommy blog — or at least I hope not.

Don’t get me wrong, I enjoy those to a certain degree too, but I’m not sure that it’s something that I have enough of an opinion on to sit down and type something out each day…

That said, of late, it’s as if I’m having trouble keeping up with the personal finance stuff too…

Anyway, here’s the latest picture we received from the doctor last week. It was a different one this time, and no, I wasn’t referred to as a support partner.

This doctor was wise enough to put two-and-two together and correctly identified me as the father.

From there, I kept my eyes glued to the monitor as the little gremlin/Skeletor looking thing flailed all about. 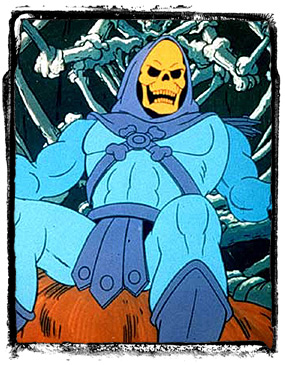 Really — at one point I swear I saw Skeletor. I wasn’t even a fan of He-Man, but it was him, I swear, inside my wife!

I wish I had the video to prove it.

Speaking of that, I’m surprised they still give you the little photo printouts when it would probably be just as inexpensive, but with a lot more ‘wow’ factor, to just provide DVD’s of the ultrasound appointments.

For now, though, they just provide the little photos printed on that thin plastic stuff that warps itself silly just from the heat of being printed on. As a pro photographer, that kinda rubs me the wrong way.

Further, every photographer knows or has been taught how to crop a photo. It’s a very important aspect.

Often times, the only difference between a snapshot and an award winning photograph is the crop.

Now, these ultrasound technicians, who in a certain sense are just photographers with a really unique camera, take photos all day, five days a week — you know, you’d think that in training they’d be taught some photography basics.

Now I know, someone out there is going to say, “What is this idiot talking about? They’re not just taking pictures… They’re checking for things…”

I agree, they are checking for things, no question, but each time we’ve been there, they’ve spent quite a bit of time moving that thing around trying to get “cute” — their words, not mine — pictures of the baby followed by typing in a silly caption.

Would it be too much to ask that when they take this classic ultrasound shot, that they zoom out a bit and show that the kid has some legs?

Every single ultrasound that I’ve seen makes it look like every baby is destined to look like one of those Fisher Price Little People figures from the 1970’s.

There are never any legs because they crop them out.

Zoom is not your friend.

If you’re going to crop a person, it’s at the bottom of the ribcage or not at all… That’s right. There’s nothing wrong with zooming *out* so as to capture the entire person.

Sorry, just had to get that off my chest. And yes, the Skeletor photo above is a classic example of a BAD crop. See — he’s chopped at the ankles. Tsk, tsk…

Names already out of the running include: Clumsy, Handy, Lazy, Vanity, Hefty, Jokey, Baker, and Grouchy.

Gargamel was never even a consideration… As if?