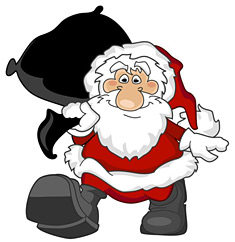 Okay, so it’s been awhile since I last mentioned *any* specifics regarding my finances…

Well, it was just one month ago that I set out on a goal to save 50% of my income.

So how’m I doing?

Saving 50% of my take home was too lofty.

No, that’s not accurate. I guess I’ve found that I’m just not willing to sacrifice enough to get to that point.

The good news is that I’ve managed to stick to my outrageously aggressive ING auto-savings plan for over two months and I haven’t had a a single “low balance” warning from my checking account come through.

I’m not going to say that it hasn’t come close on a few occasions, it’s been tight, but over the past few months, I’ve come to realize that I am capable of getting by while putting such a large amount to the side each week.

Wanna know what’s crazy about that?

After poo-pooing the necessity of having a “six months worth of expenses” emergency fund, I’m on cusp of actually having one myself.

It feels good. Thanks Grant — you were right! Hey, it only took seven months to get there… though most of it came within these last few months.

We’ll see how long I can stick it out for, I mean, my grand plan isn’t to “use” it as an emergency fund, but to finance a renovation our house so desperately needs.

But hopefully my routine has changed enough so that I can just keep on keepin’ on this savings route and seven months after I spend it all, I’ll be right back where I am now.

Not So ‘Cuil’ Debut…