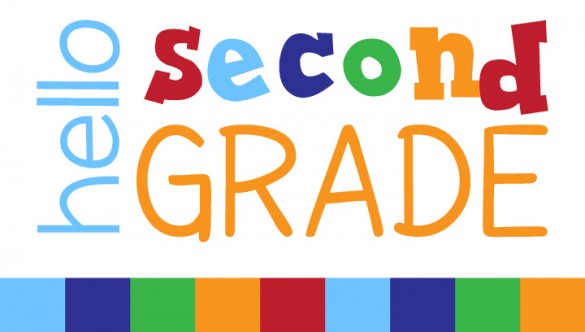 Should we let my oldest son do it?

It’s a difficult to make decision which, thankfully, we have a few months to evaluate before anything actually happens.

While we’d heard things like, “He should take advanced summer courses” and “He’s far above grade level” during the school year, I’d kinda chalked it up to, sure, he’s above average but he’s not, you know, a nerd.

During the last week of school, his teacher went out of her way to mention “skipping” first grade so that he could take the “gifted” classes that begin being offered at the grade two level.

Apparently, within the school, it’s already been discussed.

My first instinct is to go for it — always take advantage of opportunities presented that are only offered to a very limited few.

I mean, I have little doubt that he could keep up with kids a year older than him.

I’m not saying that because he’s my kid, I’m saying it cause it’s been pretty clear since he was about 3 years old. He just “gets” it and knows how to “fit” in.

Sure, I still catch him watching Bubble Guppies (geared towards the under-3 crowd) on television every now and then but, hey, everyone has a guilty pleasure they’re not proud of.

Really, for me, it comes down to three pillars that my wife and I really need to come to terms with: Athletics, Academics, and, most importantly, his Social Skills.

We also need to know what he wants to do should this opportunity come to fruition. 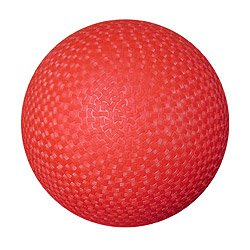 During the childcare program he attends after school each day, he occasionally complains that he’s considered an “easy out” during the kickball games where kids from kindergarten through fifth grade play alongside one another.

I’ve told him that, “Yeah, compared to a fifth grader, you probably are an “easy” out. But just wait until you’re in fifth grade! You won’t be then!”

(I’ve also told him it’s called “Paying your dues” and asked, “Are you the “easiest” out?” (he’s obviously not) in an attempt to ease his frustrations. My parenting style is to “keep it real” as often as I can.)

But that makes me recall my own years in school even though I was never fortunate enough to skip a grade.

See, there was this one guy on an opposing track team that I had a difficult time getting past in high school — truthfully, my only *real* competition where both of us would go all out and it’d be a crapshoot as to who won on any given day.

It was only years later, via a Facebook birthday alert of all things, that I came to learn that this guy who I’d thought was a year younger than me was actually nearly THREE YEARS OLDER than me.

I didn’t know then but he’d apparently started school late *and* been held back a year somewhere along the way.

Not surprisingly, he ran some *very* impressive times — far exceeding my personal bests — after I’d graduated.

I was 17 when I finished high school.

That makes a HUGE difference when it comes to athletics.

While that’s a pretty unusual circumstance (I hope, anyway), if my son skips first grade, he’ll pretty much be in the same situation, but not against one or two peers, instead, it will be nearly all of them.

Not a big deal for the gifted child that aims to play the violin in their spare time or volunteer at some sort of algae growing scientific lab but it is a bit of a problem for the gifted child who prefers to play hockey and soccer, you know, where size and strength hold a little more weight than brain power.

While youth athletics could be considered unimportant to many adults when put up against academics (which prepare you for the rest of your life), for me, well, they’re practically neck-in-neck.

My “Say NO to education” post is evidence of that.

I was a very good student. I was also a very good athlete and, for me, those two things were not independent of one another. My high school transcript is proof that as I became an elite athlete, my grades took off too.

With out my success on the track, my grades would’ve faltered, I’m sure.

Being an “easy out” or picked last, perpetually, sucks.

Academics
Sure, he’s still a dozen years from graduating from high school but, in an odd sort of way, it almost feels like he could have the valedictorian crown all but in his pocket already.

I mean, at his year end show, he walked up to the microphone with his entire grade seated behind him, and delivered what could only be described as a valedictory speech, kindergarten-style, of course, but he did it with pride and confidence — something I could never do. 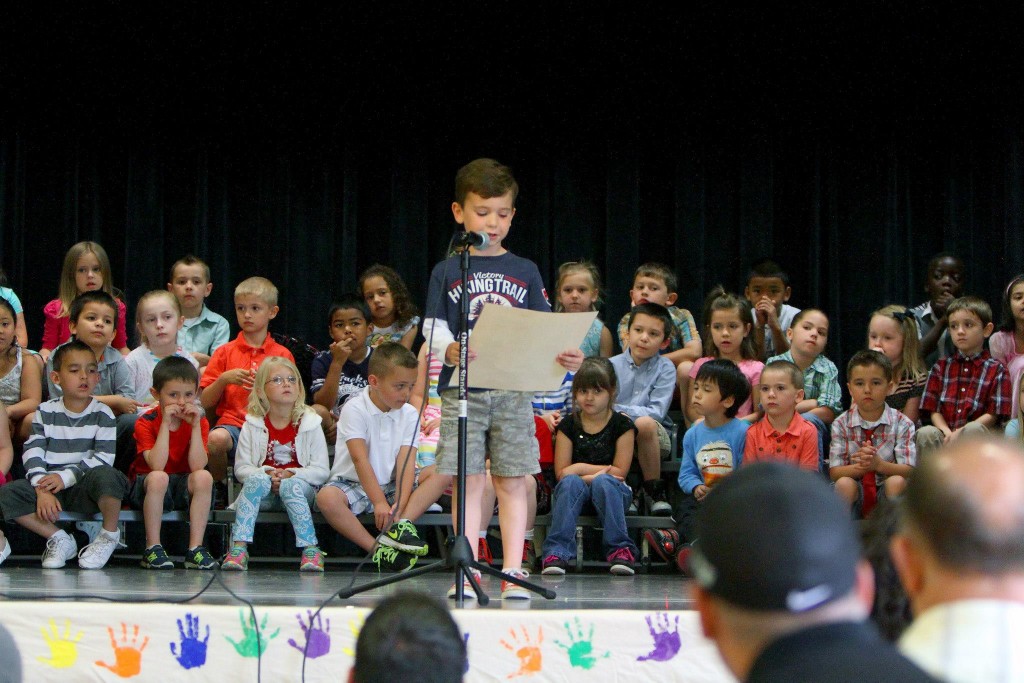 And he was the only kid in his grade given the chance to speak to the crowd while the other children did things like the chicken dance and five green speckled frogs in large groups.

(Oddly, he never even told me or my wife what he was going to be doing — total shock when we saw his name in the program by itself and not part of a larger group!)

Now, pushing 40 years old, I know that your class rank in high school doesn’t really mean a thing. For the record, I finished 9th in my graduating class without even trying. Number one and two were total dweebs.

Probably lives with his mom too…

Either way, it didn’t get any of us anything in life besides a day or two of pride.

But I am a little concerned that by skipping a grade he could go from gifted to… middle of the pack.

Not that there’s anything wrong with that, it would just seem cruel as a parent to essentially make school difficult as if the reward for exceeding expectations was, well, harder work and an endless uphill battle.

Yeah, yeah, it builds character, keeps him from getting bored in school, and all that but I don’t want it to backfire either.

That could be a catastrophic result going back to this one decision made in kindergarten.

Social Skills
Thankfully, from the day I arrived at school, I carved out a pretty good niche for myself and consistently moved up the social ladder peaking during my senior year of high school.

I was never perceived as either a nerd or a jock — wearing neither image on my sleeve. The reality of it though is that I probably could have been classified as either.

I wasn’t the coolest guy out there but I was never near the bottom either. Best of all, I always considered myself better than the folks above me.

Ego? Or abundant self-confidence? Who knows…

Anyway, growing up, your place on the social scale matters. A lot.

If it didn’t, you’d never hear about kids killing themselves over being cyber bullied. I mean, how crazy is that? Seriously, mean people suck.

But no one likes to be a nerd — in the stereotypical sense.

And no one likes to be the little guy either.

I don’t recall anyone from my youth skipping a grade but I can name every single kid that stayed back — it was a stigma they couldn’t shake, ever, as I can still name names.

Even still, I’d imagine there’d be a matching stigma for kids that do skip a grade. Every one in your old grade would know you skipped…and everyone in your new grade would also know.

It’s not like he’s starting early, or late, or switching to a new school. That’d be easy to “hide”.

But this is the same school full of the same kids — he’ll just have skipped a year — and everyone will know. And remember. 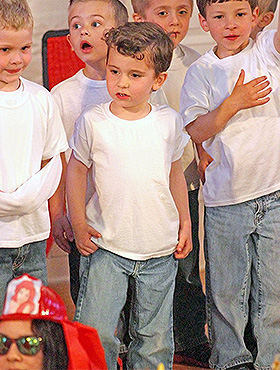 I don’t want to “rob” him of the spot on the social scale that he’s already claimed as his own. He is the smartest kid. He is one of the best athletes. And apparently, everybody likes him too. He’s a leader, of sorts…

I mean, we’ve been in line at McDonald’s before and two girls — clearly far beyond kindergarten age — go out of their way to say hi to him and then tell they’re mom who he is like he’s some sort of local celebrity or something.

As his dad, truthfully, I’m shocked… but I’m also a little jealous too.

Pridefully jealous, you know? This kid has it made.

Could moving him to a new grade knock him off the rails?

Sure it could, but he’s always been great at meeting new people (he plays hockey with kids as old as 12 and they treat him as “one of the guys” when, from my perspective, he hasn’t earned it) and he apparently “plays” with a bunch of the kids heading into second grade at recess already so that doesn’t concern me as much as I think it could/should.

But I also think of my middle son.

Growing up, I’d always wished I had a sibling in the same school as me — preferably a brother.

My sister and I were 5 years apart so we had essentially zero overlap. My two oldest boys were lined up to be 2 grades apart. Perfect.

Skipping a grade would push it to three grades apart. Not the worst but…not what I’ve been imagining for a long time either.

I know, it’s their life and not mine, but a guy can dream, right?

Coincidently, my little MMA fighter is actually appears to be “smarter” than my oldest was at the same age.

Maybe they could *both* skip the first grade and get back to being two grades apart?

Can you imagine catching lightning in a bottle like that twice?

For real, though, my wife and I should sign a book deal and divulge our child rearing secrets…

Here’s a teaser: Ice cream for dinner and R-rated movies.

Though, now, having been validated as amazing parents, we’ll probably blow it for our youngest (the deformed one) by actually trying to be amazing parents…

English Language Oddity
Isn’t it weird how skipping a grade is considered a good thing but skipping class is not?