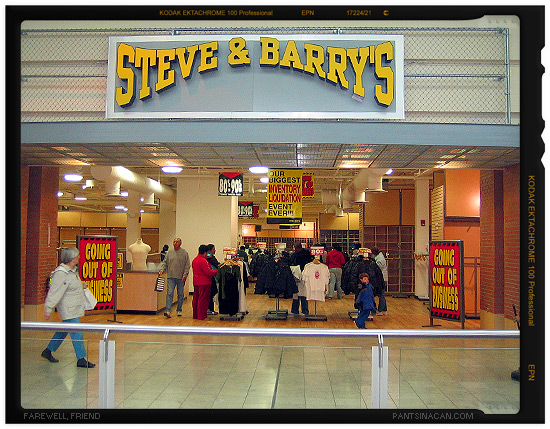 Remember a few weeks ago when I went on my own personal Odyssey in search of an open Steve & Barry’s only to encounter a bunch of dark and shuttered storefronts?

Well, this past weekend, we actually came across one of their stores that was still open!!!

Unfortunately, it was their final day.

All they had were a bunch of black puffy pleather Sarah Jessica Parker coats for $4 a piece… Might have been $1 a piece — I didn’t really bother checking for certain. 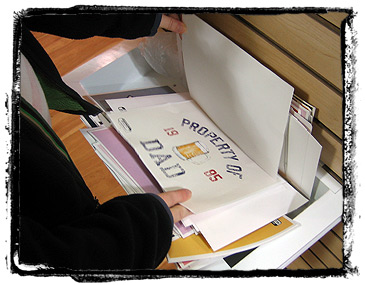 A great deal, either way, but no thanks. Definitely not my style…

Standing inside the store watching people that I guess could be considered “less fortunate” try the jackets on made me sad… Not only because they were losing what was probably one of their only “trendy” shopping outlets but because it was depressing just to see a store that, well, had fallen so far so quickly.

Yeah, it was cheap. Yeah, the stores attracted some pretty grubby people. And yeah, some of the stuff they sold was a little obnoxious, but the quality of much of it was higher than, say, the $40 tasteless t-shirts sold at Abercrombie & Fitch.

I *really* liked this chain — but I never really took advantage of it just “being there” because I’d just assumed that they’d be around forever.

Now, where am I going to find a “Property of Dad” t-shirt for less than $5?

In the end, even though I didn’t buy anything this past weekend, I’m glad that I got to shop there one last time. For closure, you know?

Anyway, here are a few more miserable photos from Steve & Barry’s final day in the State of Connecticut: 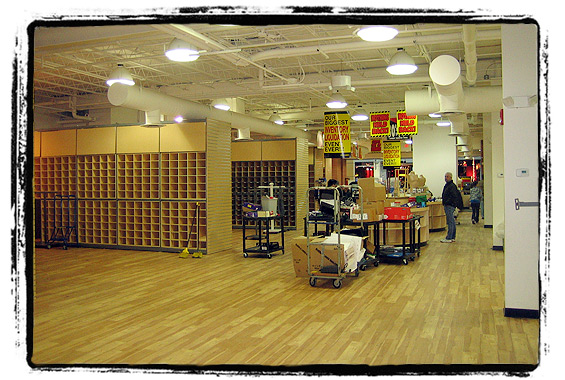 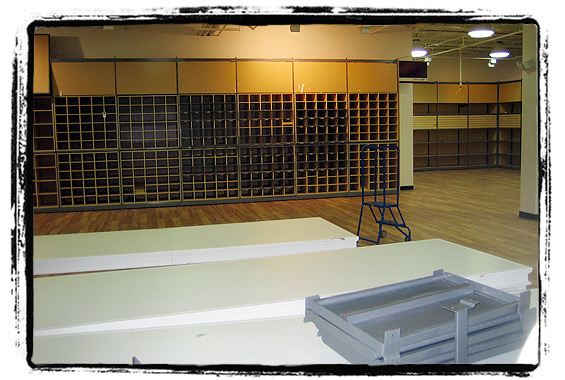 Hopefully another store comes along to fill the HUGE void left in all of the shopping malls.

And hopefully they’ll have a better business model.

Farewell Steve & Barry’s… You were great while you lasted…