CLOSE
Home Current Events Is Your Insurance Policy even Worth the Paper it’s Printed On? 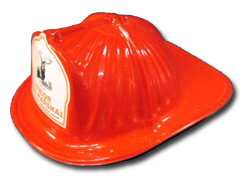 One of my biggest fears while my house was insured by the FAIR Plan was that they wouldn’t step up to the plate if I ever needed them.

Sure, the terrible policy they offered me (which I had to accept) barely covered anything to begin with but I just knew, deep down, that if I were to ever file a claim, they’d fight me every step of the way.

Thankfully, the need never materialized and now I’m with a much more reputable insurer.

But does that even matter?

Living in the outskirts of Hartford, Connecticut, the insurance capital of the world, the subject of insurance is in the news pretty often.

The media’s target this week is the insurer for Peanut Corp. of America (yeah, that company in Georgia responsible for the salmonella outbreak); The Hartford.

Though they’re one of the biggest insurers in the United States, a lot of people around the country are unfamiliar with The Hartford. That is, until you jog their memory a little.

Remember those awesome red plastic fire helmets that we all wore as pre-schoolers?

Yeah, those were all courtesy of The Hartford.

Anyway, given that there have been a number of deaths attributed to this tainted peanut supply, the lawsuits are sure to roll in.

This is where The Hartford comes in:

The peanut processor at the center of the nation’s deadly salmonella outbreak could be in an even stickier mess because its insurer — The Hartford — has rushed to court to limit what it might have to pay on lawsuits.

Hartford Casualty Insurance Co., part of The Hartford Financial Services Group, is asking a federal court to determine what its responsibility is on three years of policies it issued to Peanut Corp. of America.

The peanut processor makes peanut butter and peanut paste, which is used in baked goods and other foods.

The salmonella bacteria outbreak has sickened about 575 people nationwide, and at least eight have died. Connecticut’s Department of Public Health said nine cases of illness here may be associated with Peanut Corp. products.

The Hartford could be on the hook for up to $31 million in claims under the liability insurance policies at issue if it gets only unfavorable court rulings. It might cost the insurer millions more in legal costs, depending on how the policies were written.

Rather than wait to be sued by its customer, Peanut Corp., The Hartford asked U.S. District Court for western Virginia this week for a declaratory judgment on the policy dispute.

Peanut Corp. could face hundreds of millions of dollars in claims of various kinds, said Bill Marler, a Seattle trial lawyer specializing in food-borne illness lawsuits. Only three suits had been filed by Thursday afternoon on behalf of salmonella victims — two of them by Marler — but more are expected. The peanut company will also face massive claims from businesses for the cost of food recalls and lost profits, he said.

With the company facing all that and a federal criminal investigation, “it does seem a bit like The Hartford is kicking their insured under the bus at a time when they probably need a little support,” Marler said.

Now I can’t claim to know all of the details of their policy, and maybe the Hartford has a good reason for doing this, but the purpose of an insurance policy is to cover your arse if anything goes awry and, in this instance, the insurance company is pro-actively covering their own and trying to dodge their responsibility.

That’s wrong. On a number of levels, in my opinion…

In the unlikely event that something goes horribly wrong, the insurance company is supposed to have your back.

That’s the whole purpose — that’s exactly what insurance is for!?!

Seriously, if the insurance companies are still willing to sell the policies and the customers are still paying their premiums on time, should anything go wrong that’s covered in the policy, it’s the insurer’s responsibility.

What do these companies think people pay the premiums for?

If my house burns down tomorrow or if I’m in another car accident, will my insurance carriers pull this same type of move?

At this point, with news like this, I’m not exactly confident in saying that I’m “actually” covered for anything… even though I pay my premiums every time a bill comes in.

Seems now, maybe, I’m just sending them money for nothing…

Can’t anyone hold up their end of a contract these days?

Photo of the Week: Starting Over