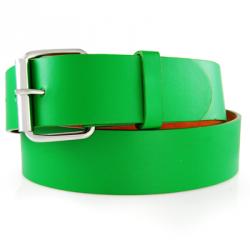 Okay, I’ve been putting this off long enough. The original reason for not posting March’s numbers was because Henrik was born on the 31st.

When I finally had the time to sit down and put the numbers together, I was so horrified and ashamed of my findings that I just didn’t want to post them sooooooo…I didn’t.

But here they are now — better late than never.

The top two expenses are what killed me.

It didn’t take long for me to learn first hand that Land Rovers are, um, incident-prone.

The dashboard lit up like a Christmas tree mid-month and it cost me over a grand to fix it. Something about a green serpent belt (pictured above) and a thermo-something. I don’t know… Take my money and make my car go. Thanks.

Obviously, I’m not a gear head.

The next item doesn’t look like anything to apologize for. Well, in some ways, there is something crooked about the March of Dimes…

Did you know that the mission of the March of Dimes is to cure polio? I’ve never personally met anyone with polio and I’m thinking that it’s probably because there’s been a cure for polio for nearly 60 years now?! The March of Dimes, though, is *still* running strong and collecting money…

Okay, okay… Their mission these days to collect money for premature babies or something, and that’s great and all, but this “donation” was really a hockey jersey purchase that I had no business making.

For charity or not, it was still an ill-advised purchase.

The rest of it is pretty self explanatory.

The Credit Card transaction fee was for the convenience check I wrote to myself to pay for the Land Rover back in February. 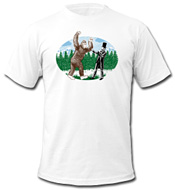 The cool t-shirt is, well, totally cool. It has Abraham Lincoln fighting Big Foot on it and it’s awesome. I’ve gotten a great reception from the folks in Toddler Room 3 while wearing it.

I found it interesting that we’ve been with MagicJack for an entire year now. I have to say that it’s been one of the best purchases I’ve ever made.

We’ve saved so much money and haven’t noticed a difference in service from when we were with AT&T (and paying over $70 per month).

If you’re on the fence about MagicJack, well, get off the fence. It works and it will save you a ton of money. Oh, and telemarketers will never find your number either.

And I don’t really want to talk about it cause it makes me angry but, as expected, Bank of America dinged me with that $3.00 fee again.

Daycare Decisions for the Little One