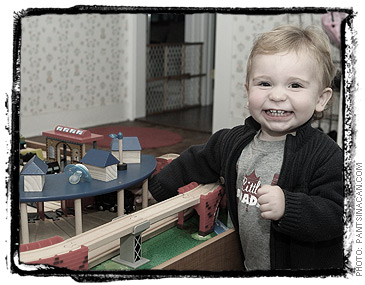 Are you ready for this?

Now I knew coming in that October would be an expensive month and I even went out of my way to spend a bit extra on the very last day just to get it on the books and in the past but I didn’t think it’d be as crazy as it turned out to be.

Here are the numbers:

The $9212.72 payment to the contractor was expected and worth it. Our house doesn’t suck anymore.

The $2.5K furniture purchase was for a couch. Everyone needs a couch, right?

The $1261 purchase from PC Richard & Son (an electronics store that took over most of the empty Circuit City buildings here in Connecticut) was for a television to go with the couch.

These four expenditures alone make up nearly 75% of the total — and they’re all one time expenses so things aren’t really as bad as they look.

Regarding the $2201.63 in business expenses, well, I made the decision to upgrade my camera body.

The good news is that income to cover that purchase is just on the horizon. It’s even been invoiced — I’m just waiting on the payment at this point. It’s one of those “it-costs-money-to-make-money” snafus.

The hockey jerseys, well, I happened upon a great deal that I couldn’t pass up a couple of weeks ago.

Yeah, can’t justify this line but let me just say that when I knew that it was going to be a freespending month, I figured that I may as well pick up something nice for myself. And I did.

The rest is pretty much just the regular stuff, you know, mortage, utilities, gas, that sort of thing.

The Ocean State Job Lot purchase was for a bunch of those felt stickers that you put on the bottom of furniture to keep them from scratching the floor. Of course, before the renovation, we never cared about that sort of thing but now we do.

I’ve mentioned the store in the past and for those that have blanked it from their memory, I said that Ocean State Job Lot “makes Walmart look like Neiman Marcus” but hey, their felt stickers are a deal!

I’m in the Black, not just on Paper, but for Real!