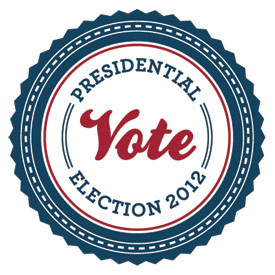 Last night, Bill Clinton rhetorically asked, as I’m sure President Obama will again as well later tonight, “Are you better off today than you were four years ago?”

I know, I know, every presidential candidate asks that same exact question when looking to be elected to office — really, I’d bet there’s an entire chapter about it in the ‘United States Stump Speech Handbook’ if there even is such a thing.

During the RNC last week, the Republicans asked the exact same thing.

At first thought, and because they asked first, I sided with Mitt Romney and the Republicans.

While I’m admittedly a negative-minded person anyway and the culture here in New England that surrounds me is pretty negative leaning too, in general, I do think that things are clearly worse than they were in 2008.

But then, last night, President Clinton’s charisma alone begged me to take a closer look when posed with the same question.

So I clicked on the archives here and, lo and behold, things are clearly better today than they were four years ago.

My first hunch was completely wrong.

Now I know the argument can be made that my personal finances have very little to do with the question posed but I’d counter that by saying that the Republicans have chosen to make this campaign about the economy this and the economy that.

The economy has a HUGE impact on my finances.

I’ve made minimal contributions since the “economy” tanked and the company match was removed.

That $64745 gain is a direct result of the apparently recovering economy.

Sure, it doesn’t “feel” like we’re better off today but almost $65 grand more in my own personal treasury tells me that we are.

Renovation: Before Photos (for the Curious)